The music video starts off with a CCTV clip of a Chinese man donating boxes of face masks to a police station, and running off hastily before the officers could catch up to him. The policemen then stood from afar and saluted him.

This is the inspiration for her new song released on Feb 2, said Chinese singer G.E.M, 28.

Titled Angels, it pays tribute to the common heroes who have contributed (no matter how small) to the fight against the coronavirus, and the music video shows various tear-jerking clips of humanity at its finest.

Her video — which has garnered more than 400,000 views and over 10,000 shares — left netizens feeling emotional as it moved them to tears. Most of them applauded her for being a beacon of positivity. But above all, they were touched by the beautiful message of kindness among humanity, and cried tears of joy. 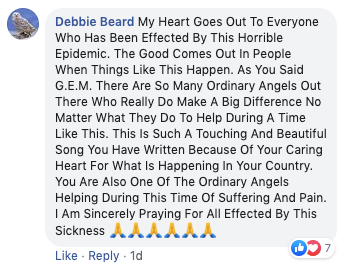 G.E.M wrote on Facebook: "Six days ago, I saw this news online where a guy delivered 500 face masks to the police station and ran off hurriedly. The officers didn't manage to catch up to him and saluted him from afar.

"I'm not sure why but this piece of news moved me. He wasn't asking for a reward or praise. He just wanted to contribute during this difficult period."

And she's not done tugging at our heartstrings because there's another clip which will move even the most stoic of us all.

It shows a female nurse decked out in a mask and a scrub cap standing outside a hospital with open arms, and a girl standing some distance away mimicking her actions. The little girl is crying as she sets down a pot of food on the ground which the woman picks up later. 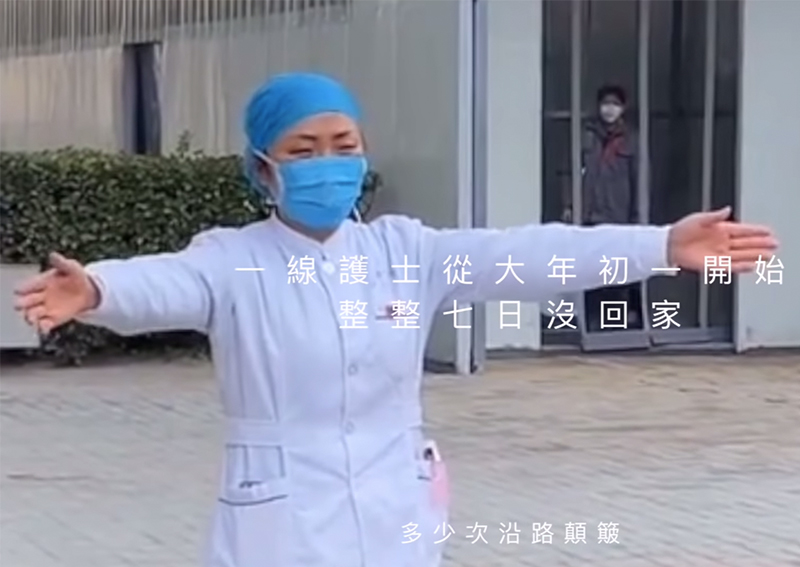 G.E.M shared the story of this mother-daughter duo through captions and apparently, the mother hasn't been home in seven days because of work. Hence, her husband brought their nine-year-old daughter to visit her while delivering food as well.

As they're unable to touch each other or cross the quarantine line, they can only stand apart and give each other a 'hug'.

ALSO READ: Joanne Peh in Guangzhou: No kid-sized masks, stitching up adult ones to fit my kids

The music video is interspersed with more clips of ordinary Chinese citizens carrying out extraordinary acts of kindness, such as another mother-daughter duo donating bottles of disinfectant to a train station while cheering on Wuhan; a teenage girl in Wuhan who made 800 meals a day for the hospitals; and people giving out masks to others — including a granny on the train.

Despite increasing reports of racism and xenophobia, celebrities are rising above the noise and urging everyone to unite and fight the coronavirus together. Some have donated masks, money, and supplies, while others, like homegrown songbirds Stefanie Sun and JJ Lin, collaborated on a moving ballad to pay tribute to those on the frontlines.

On her Facebook post, G.E.M wrote: "Maybe in the larger scheme of things, you think you can't do much. But what you don't know is that actions you think are 'insignificant' actually brings a lot of warmth to this world. Though things are tough now, thankfully, there are frontliners fighting the virus and others who are supporting in their own small ways.

"When you pray for a miracle, would you believe that the answer lies in you?"