Sugar doughnuts, peanut pancakes: Politicians and their favourite foods - here's where to get them

Ever wondered what our politicians love chowing down on?

We did a little snooping around to find out their favourite foods, and were surprised to find out how modest their tastebuds are.

We've also managed to find the specific stores they'll usually frequent. Who knows, you might bump into them while you're there.

Tan Chuan-Jin has a sweet tooth, or so it seems, as he recently raved about the sugary doughnuts he bought from a neighbourhood bakery during the circuit breaker.

"There is something soothing about these plain sugar-coated dough", said Tan on his Facebook post, and he prefers these "heartland doughnuts" over the "fancy ones".

If you're curious where Tan got his doughnuts from, he also shared the address of the shop located in Chai Chee. 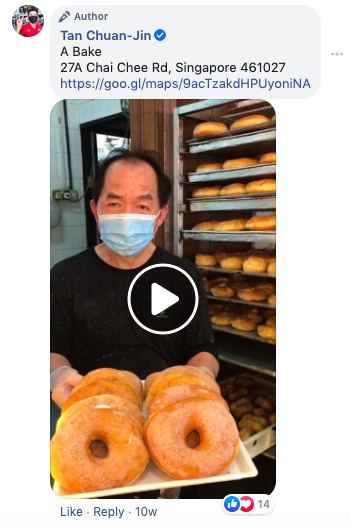 Having mee siam, one of my favourite dishes, for lunch today at Teh Tarik at block 306A Woodlands. Good food and reasonable prices.

Our president Halimah Yacob loves a bowl of mee siam, and it is one of her favourite dishes, as mentioned in a

Having mee siam, one of my favourite dishes, for lunch today at Teh Tarik at block 306A Woodlands. Good food and reasonable prices.

In an interview, she was asked to pick only one dish to eat for the rest of her life and was torn between mee rebus, laksa and nasi lemak. She eventually picked mee rebus, specifically the one from Mr Teh Tarik at block 306A Woodlands, where she goes for her mee siam too.

If you're wondering what's her favourite desserts, she said: "I like tau suan and goreng pisang."

Everyday Heroes ———————- Every so often, during our weekly Town Council lunch meetings with the MPs and management, I...

Pritam Singh recently shared a charitable initiative by a local Mexican-Turkish food chain, Stuff'd. He wrote on his Facebook post that he is a Stuff’d regular — in particular, the kiosk outside Hougang Mall, located right next to the main office of Aljunied-Hougang Town Council.

Singh shared that it was there that a burrito gave him the strength to persevere in 2017, during a “challenging period” faced by Workers’ Party MPs. He recalled how Stuff’d's burrito wrappers are typically sealed with quotes printed on the tape, and his read ‘They tried to bury us, they didn’t know we were the seeds’.

“Coincidence or not, that was the best burrito I ever had,” said Singh.

If there's one dish that fitness junkie MP Baey Yam Keng loves eating for breakfast, it's a hearty bowl of bak chor mee (with soup).

The stall that he frequents is Seng Kee Mushroom Minced Meat Noodle at Serangoon Gardens Food Centre, and each bowl comes with generous portions of minced pork, pork liver and fish maw.

But you'll have to be prepared to queue, said Baey.

One of my favourite hawker stalls. Really love the soup stock which takes hours to prepare. Each portion comes with...

A number of friends texted me and said that I sounded raspy and asked me to take care. Well, I had a curry puff before the media conference. Mistake...

What does Education Minister Ong Ye Kung snack on when he has no time for a meal before a media conference? Curry puffs.

It seems he's quite fond of the pastry as he shared in an interview that his favourite curry puff is from a store in his constituency called Kalsom Nasi Padang, which used to be in Marsiling and is now located at block 105 Canberra Street. 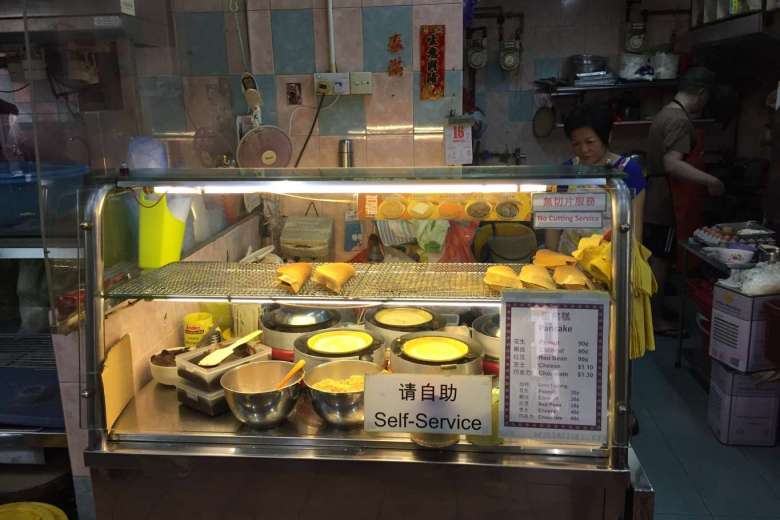 Back in 2015, PAP MP for Potong Pasir Sitoh Yih Pin spoke about a particular peanut pancake stall that his veteran opposition politician Chiam See Tong would frequent in the area.

Sitoh shared about his deep respect for Chiam, and how on one occasion, he had even shared a peanut pancake with him.

The owner of the stall, Ong Siew, recalled how Chiam used to pop by to buy his favourite peanut pancake.

She said: "When he was still the MP, he would drop by often as his office was nearby," but she saw less of him after his stroke in 2008.

For the first time in history, SPP will not have its former chief or his wife contesting in the upcoming election. Chiam remains a party member while his wife is part of SPP's central executive committee.

Red Dot United (RDU) is the newest political party that will be taking part in the next general election. It is helmed by former Progress Singapore Party members, and one of them is 52-year-old Ravi Philemon.

In a personal blog post dated back in 2013, Philemon shared how local foods bind Singaporeans together, and how he went to a neighbourhood coffee shop to have economical fried noodles soon after he returned from the US, which is one of his favourite dishes for breakfast.