The Covid-19 pandemic has forced many couples to put off their wedding celebrations or cancel them altogether. Some were also affected by a drastic change of plans.

However, with the loosening of Covid-19 restrictions in Singapore and beyond, it is expected that couples will once again have a chance at holding their dream wedding celebration.

But at what cost, literally?

A Facebook post allegedly put up by a relative of a bridal couple in Malaysia went viral, after he advised guests who are unable to fork out at least RM300 (S$94) not to accept wedding invitations.

"Things are so expensive these days. If you can't afford to give RM300 or more, don't accept wedding invitation and cause people to lose money," read a part of his message.

The man noted that his cousin had recently held a wedding banquet which cost him RM2200 per table "excluding alcohol and drinks".

"Many of the guests who came only gave RM150 or RM180," he noted before making the abrasive remark.

The post, which was published on June 23 in a Facebook group, obviously rubbed many the wrong way, with riled-up netizens slamming the person who wrote it.

Many commenters noted that weddings should not be seen as profit-earning ventures.

"As a guest, red packets are given out of love and not duty. But you want to make money from it?" one asked.

In a comment which drew more than 200 'likes, one netizen wrote: "If you can't afford it then don't hold a wedding banquet, those who can afford it are those who don't accept red packets."

Yet another commenter noted: "You should be happy that people actually turned up to 'give face'. If you're looking for guaranteed gains, just hold a banquet at a mamak (hawker) stall".

In another top-liked comment, one netizen suggested that if money was the objective, then the amount deemed appropriate should be stated clearly on the invitation card.

"Sorry, did you hold a banquet to make money? If so, then state the amount required for the red packet clearly on the invitation and if they agree, then they can go and eat. Otherwise, it's your problem."

The post also prompted creative suggestions on segregating guests at the banquet based on the amount that they give.

Read Also
Wedding ang bao rates in Singapore 2022: How much should you give? 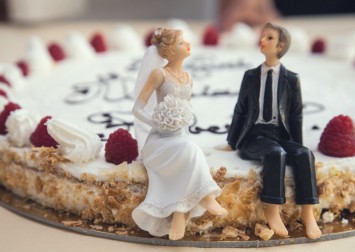 "Those who give less than RM200, just group them together and serve them economic rice. But of course, you'll have to first open up the red packets before dividing them up into different tables," one comment read, to which others agreed, adding that the amount should be called out at the reception.

"Yes, yes, yes… then those at the back of the queue will quickly add more money," noted the commenter in her reply.

The thread, which has since drawn more than 2,000 comments, has also spawned jokes involving Taiwanese rocker Wu Bai, whose Chinese moniker rhymes with "500".