It's rather difficult for football fans to sit through this 30-sec-long commercial.

After all, the clip sees Cristiano Ronaldo dancing awkwardly to the tune of Baby Shark.

In a new ad put out by online shopping platform Shopee, crowds in the stadium stands did not erupt in cheers after the football star scored a free-kick during a match.

Why? They were busy buying things on their mobile phones.

The footballer cottoned on to things, said "Shopee?", and then joined them in the online shopping frenzy.

Although the clip has been viewed over 9.9 million times on Twitter, it's not scoring any points with fans.

"My GOAT (Greatest of All-Time) would never!" a Twitter user exclaimed in disbelief.

Another wrote: "Someone needs to tell me how much they paid Ronaldo to do this ad."

Other Twitter users expressed their thoughts through animated gifs (cause there's just no better way to do so). 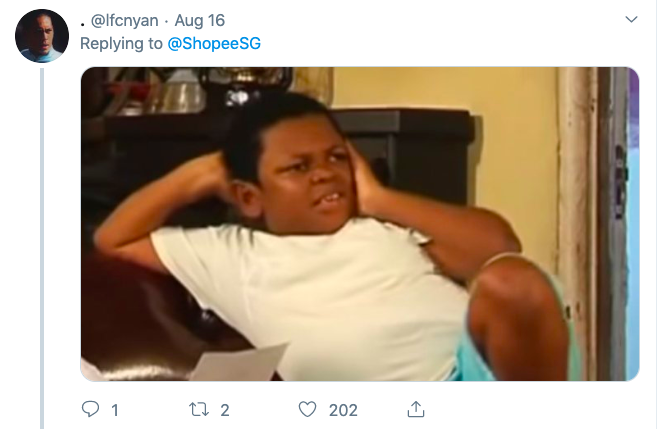 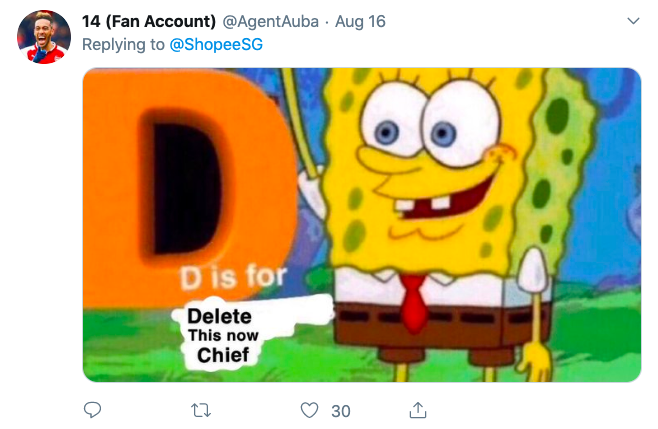 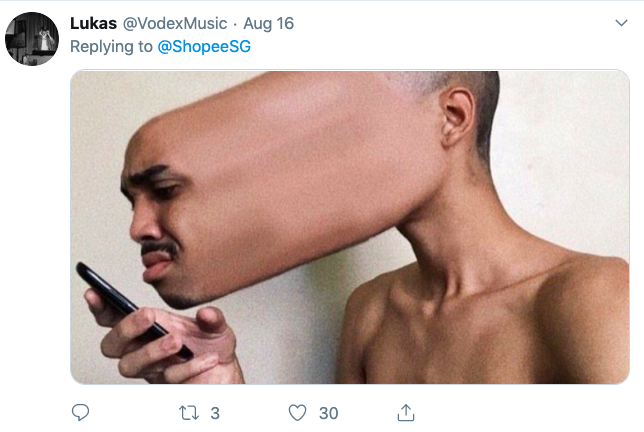 Is this the worst advert featuring a footballer ever? 🙈

Cristiano Ronaldo, what have you done!? 😭 #Ronaldo #Shopee https://t.co/0fmR1e5KXn

The Juventus FC player was believed to have filmed the ad in Singapore when he made a surprise appearance prior to playing an International Champions Cup match back in July.

He was later unveiled as Shopee's newest brand ambassador on August 16.

Bizarre as it may be, this is not the first time Ronaldo has starred in such a commercial. Does anyone remember his pulsating abs in an ad for fitness gear Sixpad in 2015?

Well, according to Forbes, product endorsements do contribute a large part to the 34-year-old's annual US$109 million income.

Embarrassing or not, guess who's laughing all the way to the bank? 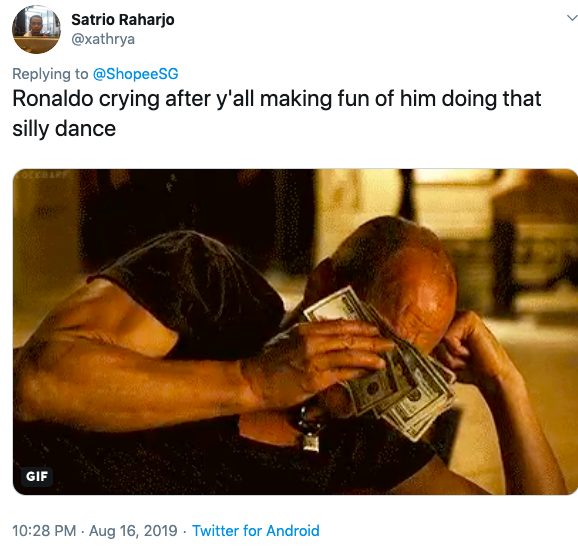 #Cristiano Ronaldo #Advertising and Marketing #Twitter #In Case You Missed It