Tan Chuan-Jin in the podcast where he shared his views on speeches by MPs.

Politicians, like any other public figure, have come under scrutiny by netizens in recent times.

From ex-Workers' Party MP Raeesah Khan to one-time General Election 2020 hopeful Ivan Lim, their misdeeds have often being called out and their downfall accelerated due to the internet.

In an episode of the news podcast Plan B that was shared on March 31, Tan Chuan-Jin was asked by the host Dzar Ismail if he ever feared being ostracised, or 'cancelled'.

"I'm being cancelled already. Every day we are being cancelled in some shape and form, right?" Tan smiled, adding that such criticism "comes with the turf unfortunately".

The 53-year-old, who has been the Speaker of Parliament since 2017, also gave his take on Members of Parliament (MPs) reading "scripted" speeches in Parliament.

Does the lack of "feisty exchanges" between MPs here – unlike those in England and Malaysia – mean that democracy is not practiced in Singapore?

While acknowledging that "passion and debate" are entertaining, Tan argued that it would be a mistake to prioritise "form over substance". 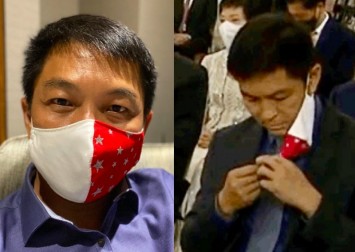 He said: "If it's an important speech, I would imagine people should be writing down their speeches… think about how best to put that argument across, whether they choose to read it, memorise it, or put it in point form.

"Sometimes when you look at some of the speeches [that are] flowery and rhetorically strong. But then substantively, what does it really say?"

On the topic of people "misinterpreting form as a measure of excellence", Tan shared that this could lead to the possibility of some MPs "feeling pressured" to ask questions in Parliament and getting "indicted for not asking as many questions".

Such practices can hinder how the country is run, he said.

Tan said: "You folks are tracking, 'oh this MP asked this number of questions'. As if quantity means quality.

"But are those questions really essential?"

READ MORE: Say what? Things heard in Parliament that made you listen twice