This made my day: Singaporeans offer household items and more to mum and child in need within 10 minutes of public appeal

Singaporeans have proved time and time again that they're always ready to lend a hand to those in need.

Within 10 minutes of Punggol West MP Sun Xueling putting up a Facebook post on Wednesday (Jan 27) requesting for pre-loved household items for a pair of mother and child moving into a rental flat, help poured in and they were able to get everything they needed.

Update: Omg! In 10 mins, we have everything we need!!! Thank you, you wonderful wonderful people! My colleague David...

Sun shared how Mdm N, who originally came from Vietnam, had been chased out of her home with her seven-year-old daughter by her husband last December. 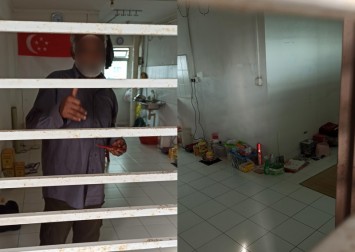 Without a job and only $85 on her person, the pair had to stay in a crisis shelter in Serangoon. However, as Mdm N's daughter began school at Punggol this month, transport and daily expenses became an issue, so she turned to Sun for help.

Cash and food were provided for both mum and child as a temporary measure while accommodations under the Housing Development Board (HDB) was sought for them. A rental flat was subsequently allocated to them on Wednesday, which left Mdm N with the final challenge of filling the empty space.

Sun had, on her behalf, appealed for residents to donate household items such as a bed with mattress, a study table, chairs, a washing machine and other necessities.

Little did she expect that they'd receive enough offers in just 10 minutes.

Besides the requested items, some kindhearted people offered to donate a television, schoolbag, slow cooker, books and even some elbow grease to help set up the pair's new home.

Others also offered a job opportunity to Mdm N so she can support herself, as well as groceries, clothing and vouchers to tide them through this difficult period. Some even shared that their spouses were, too, Vietnamese, and hoped they could help bridge any potential language gaps.

"Thank you, you wonderful wonderful people," Sun said in an update. "You are the reason Singapore is strong, beautiful and kind!"

#kindness #Sun Xueling #Social media #This made my day