SINGAPORE - With the Covid-19 outbreak under control, it is time for Singapore to refocus on the future, said Prime Minister Lee Hsien Loong in his National Day Rally speech on Sunday (Aug 29).

He also noted that the pandemic had sharpened fault lines in society and made some difficult issues more urgent. The bulk of his speech addressed three of them: supporting lower wage workers, addressing anxieties over foreign work pass holders, and managing race and religion.

Here are seven highlights from the speech.

"It is no longer about drawing down reserves to keep ourselves on life support," he said. "It is about generating new growth, jobs and prosperity for the future."

With the global economy picking up, the Ministry of Trade and Industry is more confident that Singapore will also do well. The Republic's growth forecast has been raised to 6 per cent to 7 per cent. It was previously 4 per cent to 6 per cent.

To sustain longer-term growth, Singapore must preserve its status as a business hub, attract more foreign investments, and grow Singapore companies and entrepreneurs, he said.

2. Improving the lot of lower-wage workers

Many lower-wage workers were on the front line during the pandemic doing important jobs such as cleaning, food delivery and security, said PM Lee.

While these workers and their families get significant support from the Government in areas such as housing, healthcare, education and retirement, they are more stressed than others and their jobs less secure, he said.

One key policy that helps these workers is the Workfare Income Supplement (Workfare) Scheme where the Government tops up their salaries in cash and Central Provident Fund (CPF) contributions. Almost half a million workers benefit from Workfare.

PM Lee said the scheme currently costs the Government $850 million a year. In two years' time, the Government will increase its spending to $1.1 billion, which means recipients will get a higher payout. To help younger workers, the qualifying age will also be lowered to 30 from the current 35. 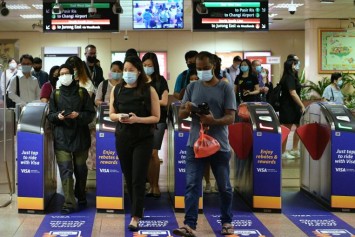 Another scheme that helps lower-wage workers is the Progressive Wage Model (PWM). It sets out minimum pay and training requirements for workers at different skill levels.

The PWM will be extended to more sectors such as retail, food services and waste management, and will cover specific occupations such as administrative assistants and drivers across all sectors simultaneously, PM Lee said.

Companies that pay their workers progressive wages will be accredited with a new Progressive Wage Mark. The public sector, a major buyer of goods and services, will make purchases only from businesses that carry the mark.

Finally, companies that employ foreign workers will soon be required to pay all their local employees at least the Local Qualifying Salary (LQS) or a base wage of $1,400, which will be adjusted from time to time.

PM Lee said the extended PWM and change to the LQS will cover eight in 10 lower-wage workers. With the inclusion of Workfare enhancements, almost all such workers can look forward to higher incomes within the next two years. 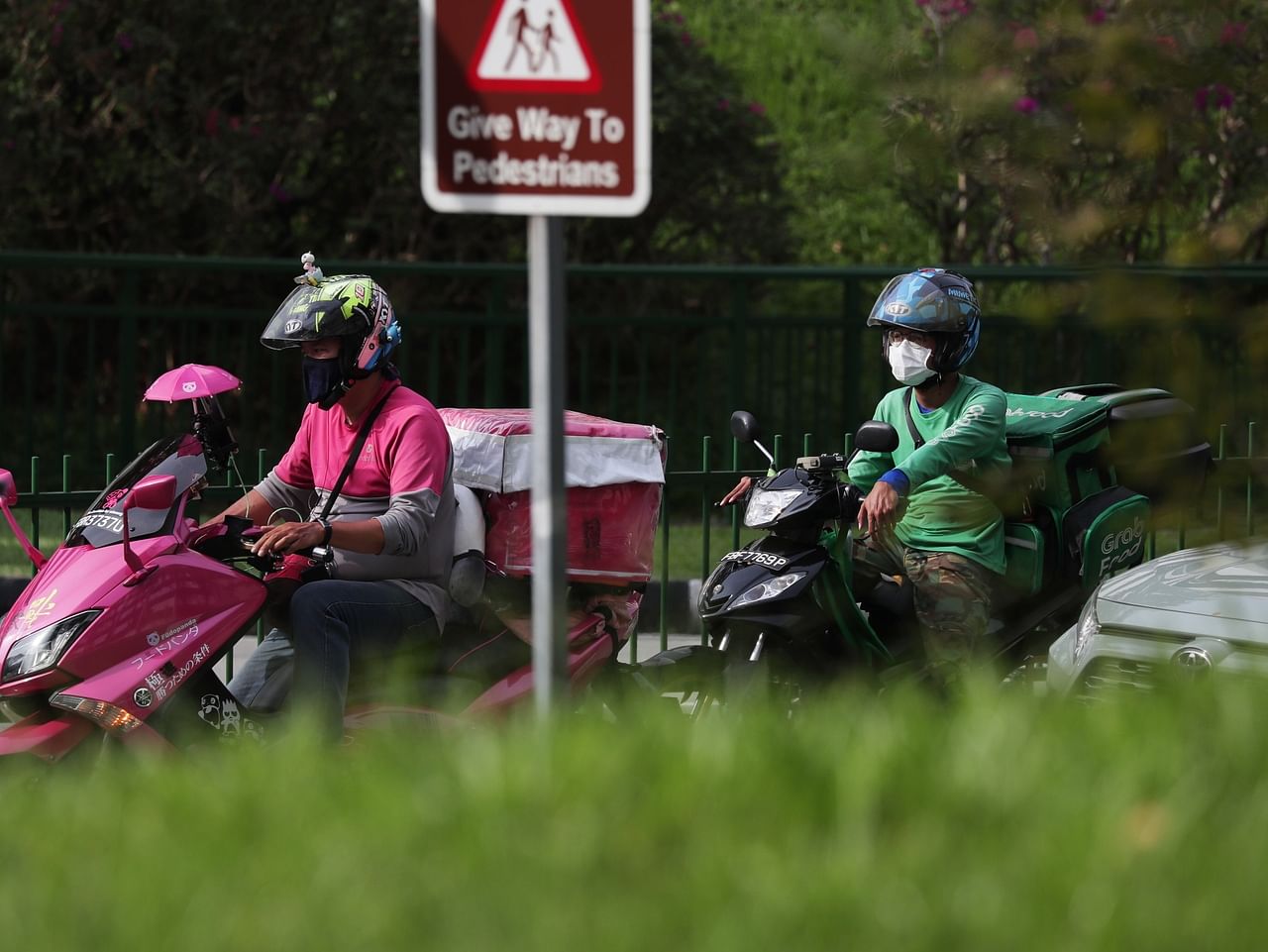 PM Lee said he was especially concerned about a specific group of lower-wage workers - delivery workers. "It is hard work, and most earn modest incomes," he said.

These workers are just like employees as the online platforms they work with, such as foodpanda, Grab and Deliveroo, determine which jobs are assigned to them, manage their performance and impose penalties on them, he noted.

Yet, they do not have employment contracts with the platforms and lack basic protections such as workplace injury compensation, union representation and employer CPF contributions, and may find it harder to afford housing, healthcare and meet their retirement needs.

He announced that the Ministry of Manpower is studying this issue and will be doing consultations. "We must address the issues to give these workers more secure futures."

4. Ensuring a fair playing field at the workplace 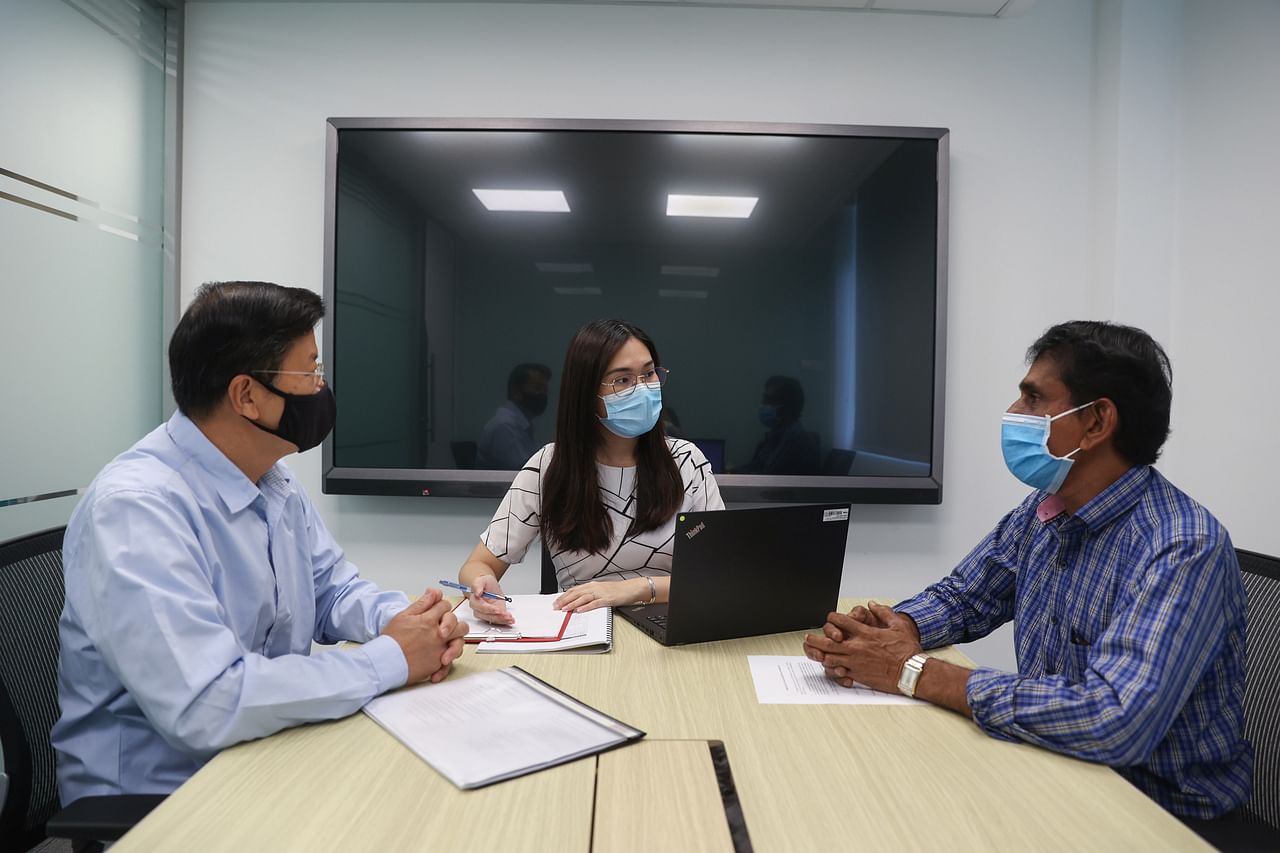 The move to turn Tafep guidelines into law will give the authorities a wider range of options to ensure fair treatment at the workplace. PHOTO: MINISTRY OF COMMUNICATIONS AND INFORMATION

The national watchdog for fair employment practices will soon get more teeth to deal with workplace discrimination when its guidelines become law.

The move to enshrine the Tripartite Alliance for Fair and Progressive Employment Practices (Tafep) guidelines in law will give the authorities a wider range of options to ensure fair treatment at the workplace.

A tribunal will be created to deal with workplace discrimination based on nationality, gender, age, race, religion and disability.

Writing Tafep guidelines into the law is a major move, PM Lee said, adding that he hoped workplace disputes can be informally and amicably resolved if possible, with legal redress a last resource - "one which is seldom needed, but whose existence will cause the parties to work harder to settle the dispute, through conciliation and mediation".

In his speech, he also said the criteria for Employment Pass (EP) and S Pass holders will continue to be tightened progressively over time, so as to assuage Singaporeans' anxieties over job competition and whether these pass holders are of the right standard.

He assured employers that the criteria will not be tightened too suddenly as this could hurt businesses. "This will ensure that work pass holders come in where we most need them, and we won't be flooded with more than we can absorb, doing jobs for which Singaporeans are qualified and available," he said. 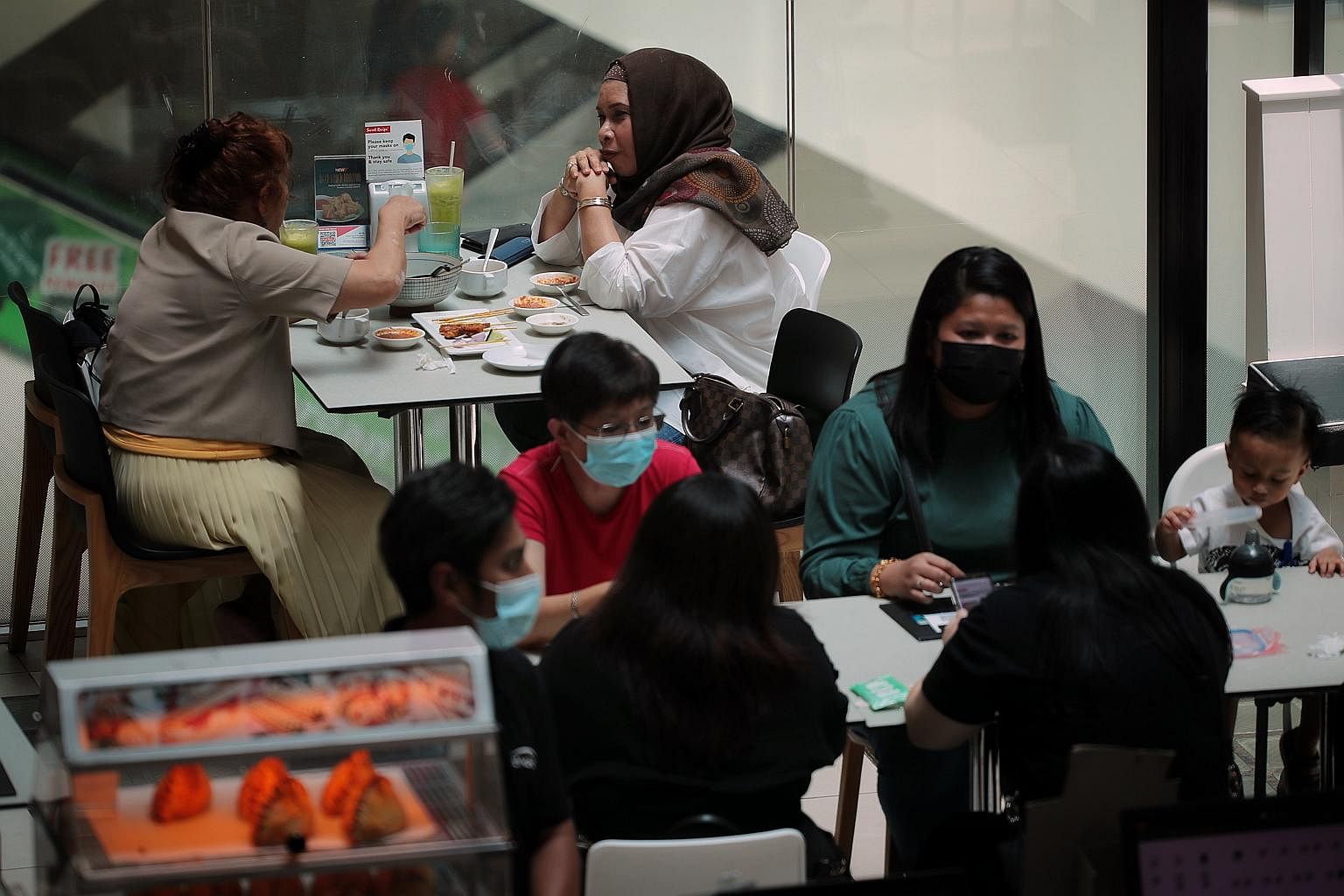 A new Maintenance of Racial Harmony Act will be introduced to consolidate the Government's powers to deal with racial issues, which are currently scattered in different pieces of legislation like the Penal Code and the Sedition Act.

Noting that existing laws focus purely on crimes and punishments, PM Lee said the new law will incorporate "softer, gentler touches", such as the power to order someone who has caused offence to stop doing it and to make amends by learning more about the other race and mending ties with them,.

"This softer approach will heal hurt, instead of leaving resentment," he said.

Similar to the existing Maintenance of Religious Harmony Act, the new Act will encourage moderation and tolerance between different racial groups and signal the overriding importance of racial harmony to Singapore, he added.

6. Need for Chinese majority to be understanding of minorities' concerns 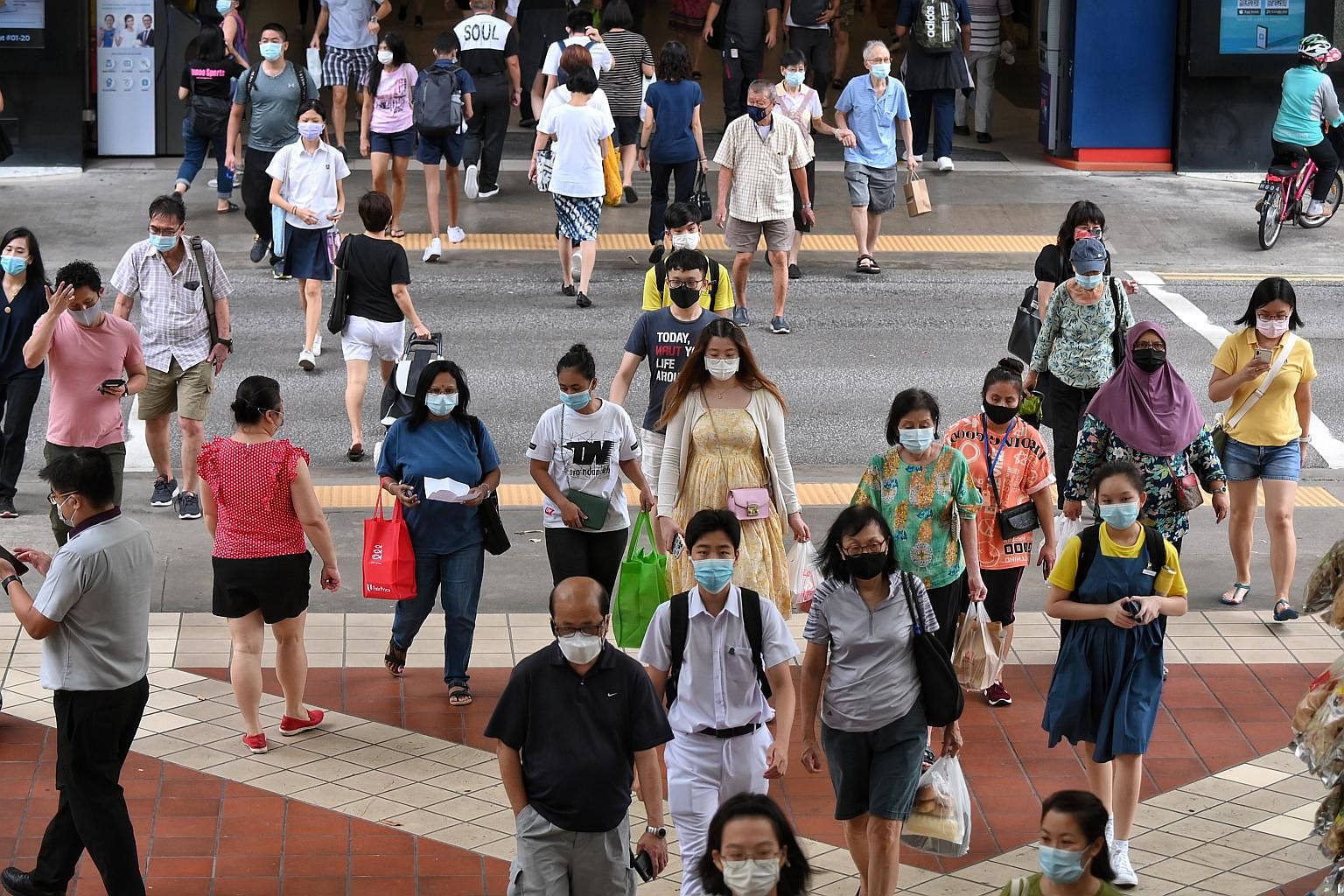 PM Lee called for all Singaporeans to uphold the principle of racial equality in his National Day Rally. ST PHOTO: KUA CHEE SIONG

All races in Singapore are treated equally, with no special privileges, PM Lee said during the Mandarin portion of his speech.

In the country's early years, the Government was impartial when drafting Singapore's laws and administrative measures, and did not favour any race. "This fundamental founding policy was supported by the Chinese community and became the bedrock of our multiracial harmony. Chinese Singaporeans made some concessions for the greater good."

For example, English became the lingua franca in Singapore, which puts those who spoke only Mandarin and dialects in a disadvantageous position, he noted. "Therefore, it is entirely baseless to claim that there is 'Chinese privilege' in Singapore," he said.

The term, adapted from "white privilege" as used in the United States to describe the dominance of a group due to their racial identity marker, has sparked debate over its application and relevance to Singapore's majority ethnicity.

But PM Lee acknowledged that ethnic minorities here may face difficulties when renting homes or looking for jobs. He called on Chinese Singaporeans to be understanding and accommodating towards these concerns and difficulties faced by minorities here.

"If we let the preferences of such employers and homeowners build up over time, they will become prejudice, and minorities will feel they are discriminated against. If left unaddressed, such preferences will gradually deepen the fissures in our society," he said. "Therefore, all of us must uphold the principle of racial equality to build a more inclusive society."

7. Muslim nurses in public healthcare can wear a tudung at work from November 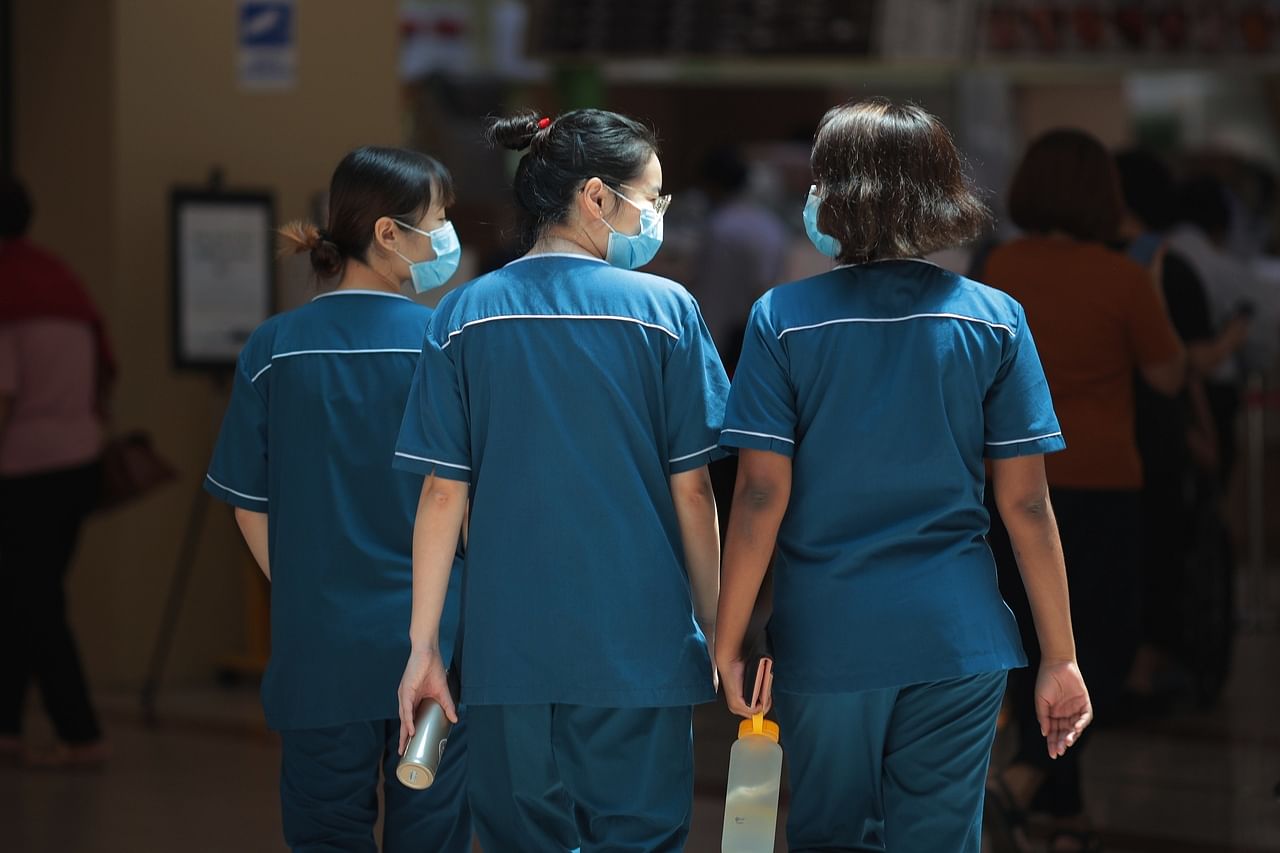 From November, Muslim nurses in the public healthcare sector will be allowed to wear a tudung with their uniforms, if they wish to.

PM Lee said the decision is a "careful adjustment to keep Singapore's racial and religious harmony in good order", and that people here are now ready for the change. The tudung, he added, "is not just a matter for Muslims, it is a national issue".

The tudung has become increasingly important for the Muslim community, and more Muslim women here have worn it both in social and work settings, he said.

But the Government has been cautious about how non-Muslims would react and whether relations between the communities would be affected. In some places where uniforms are required, the Government has not allowed the tudung to be worn.

In 2014, he told Muslim leaders at a meeting that government policy in the healthcare sector was not set in stone, and the situation would be monitored.

However, the ban on the headgear will remain for school students and those serving in the armed forces, police and civil defence, he said at the rally.

All students wear the same uniform regardless of their financial background, race or religion, as there is a need to emphasise their similarities and minimise their differences so they can build bonds in their early years which will shape their attitudes for life.

Uniformed services like the Singapore Armed Forces and the Home Team are impartial and secular arms of the state who are armed and enforce laws here. PM Lee said: "They must always be seen to be doing so without fear or favour. Therefore, everyone wears the same uniform."

The change in the Ministry of Health's dress code will apply to more than 7,000 staff across the public healthcare sector. Following the rally, the Ministry of Manpower said that private sector healthcare employers are encouraged to take reference from the public sector policy, but it is not compulsory to follow suit.