Lim Swee Say ⁠— who recently announced his retirement from being East Coast GRC's Member of Parliament (MP) ⁠— has come out in support of his replacement Deputy Prime Minister Heng Swee Keat, a day after nomination papers were filed.

Lim made his first comments after Nomination Day. But unlike other retired ministers who reminisced on their career as Ministers and MPs, Lim posted two videos — one in English and another in Mandarin — expressing his full support for Heng, who is from the People's Action Party (PAP).

Stating in Mandarin that Heng was a "good person" with a "good head on his shoulders" and a "good heart", Lim also explained why he supports and respects Heng, who will be going against the Workers' Party's Nicole Seah and team in the battle for East Coast. 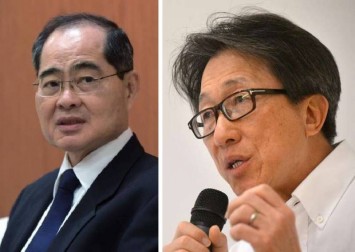 Seeming to pick up on PAP's motto 'East Coast Cares', Lim added: "My personal philosophy in life is that people don't care how much you know, until they know how much you care."

Recounting Heng's term as education minister, he said: "Swee Keat believed that education is the best investment, the best gift you can give to every Singaporean child, so you have social mobility, so everyone, regardless of their family background, everyone can grow up to realise his or her full potential."

He also lauded Heng's ability and foresight as finance minister to "make sure that every Singaporean will be able to move up and enjoy a better life".