Her initial post was removed almost as abruptly as it was uploaded.

"The candidates for Nee Soon GRC have been announced," she wrote in the Facebook post re-uploaded this afternoon. "I am not running this term and am retiring from politics."

Dear Nee Soon South residents, The candidates for Nee Soon GRC have been announced. I am not running this term and am...

After spending the past 14 years as an MP, first in Ang Mo Kio then in Nee Soon, Lee stated that she is handing the torch to a new PAP candidate, Carrie Tan, the executive director of Daughters of Tomorrow, a charity for women.

Lee indicated that she will, however, continue to accompany the candidates on their walkabouts over the next few days.

Following her retirement, Lee said she hopes to dedicate more of her time to her family, especially her elderly mother.

She thanked her residents for their messages of support, calling them her family and saying: "It has been a privilege to serve you for the last 14 years."

Similarly, she expressed her gratitude for her fellow party members.

"These 14 years, so many of you have served alongside me. I have always told you, 'Together we can make a difference.' I think we really have."

News of her retirement surprised many of her residents, who took to the comments section to thank her for her time and effort. 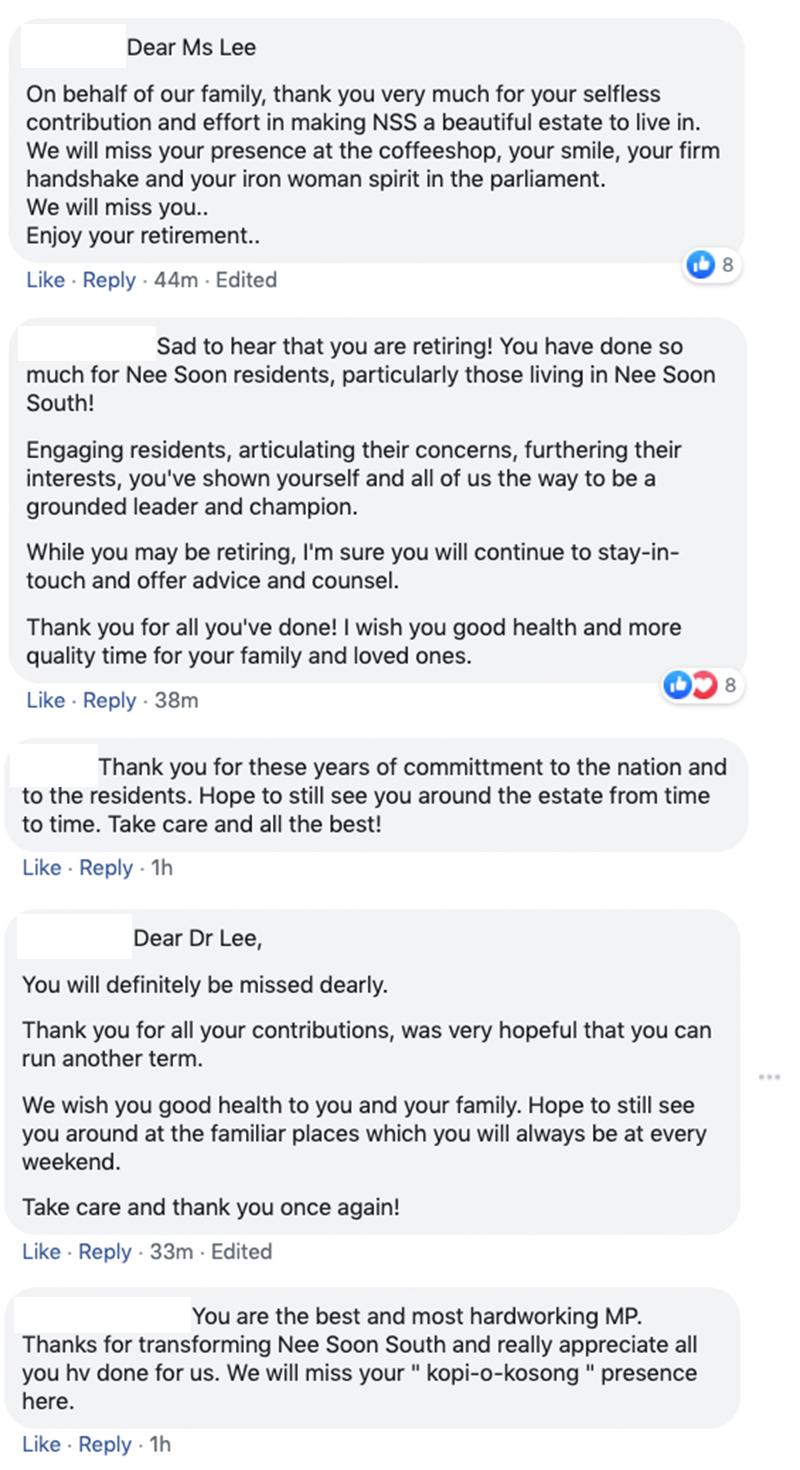 Lee's outspoken personality and willingness to challenge debates in Parliament (even with the most curious references) had won her loyal supporters over the years.

Most recently, Lee questioned Health Minister Gan Kim Yong in Parliament on why dessert shops were allowed to open during the circuit breaker before certain TCM retail shops.