'You nurses always walk around with virus on you': Nurses shunned, ostracised for wearing uniform

While there have been several displays of support for the unsung heroes working at the frontlines to combat the spread of the coronavirus, it would seem that the sentiment isn't exactly shared by everyone.

Despite the long erratic shifts, frozen leaves and the mental toll that comes with working on the frontlines, several accounts of the discrimination faced by healthcare workers reveal just how much of a thankless job it is.

Hanna Wong, a healthcare professional in Singapore had her private-hire vehicle cancelled in the wee hours of the morning today (Feb 11), solely because she was headed towards the hospital.

The incident left a sour taste in her mouth. "Ostracised like lepers," she lamented in a Facebook post. "This is the way you people bite the hands that tend to you." 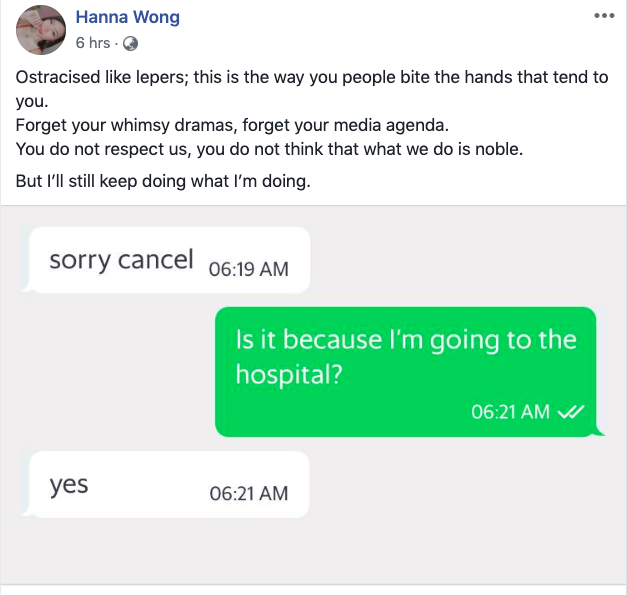 That's just the tip of the iceberg too. Her fellow nurses shared similar anecdotes of being scorned and shunned for "spreading Wuhan" and for "making the train dirty" — as though they were carriers of the virus themselves. 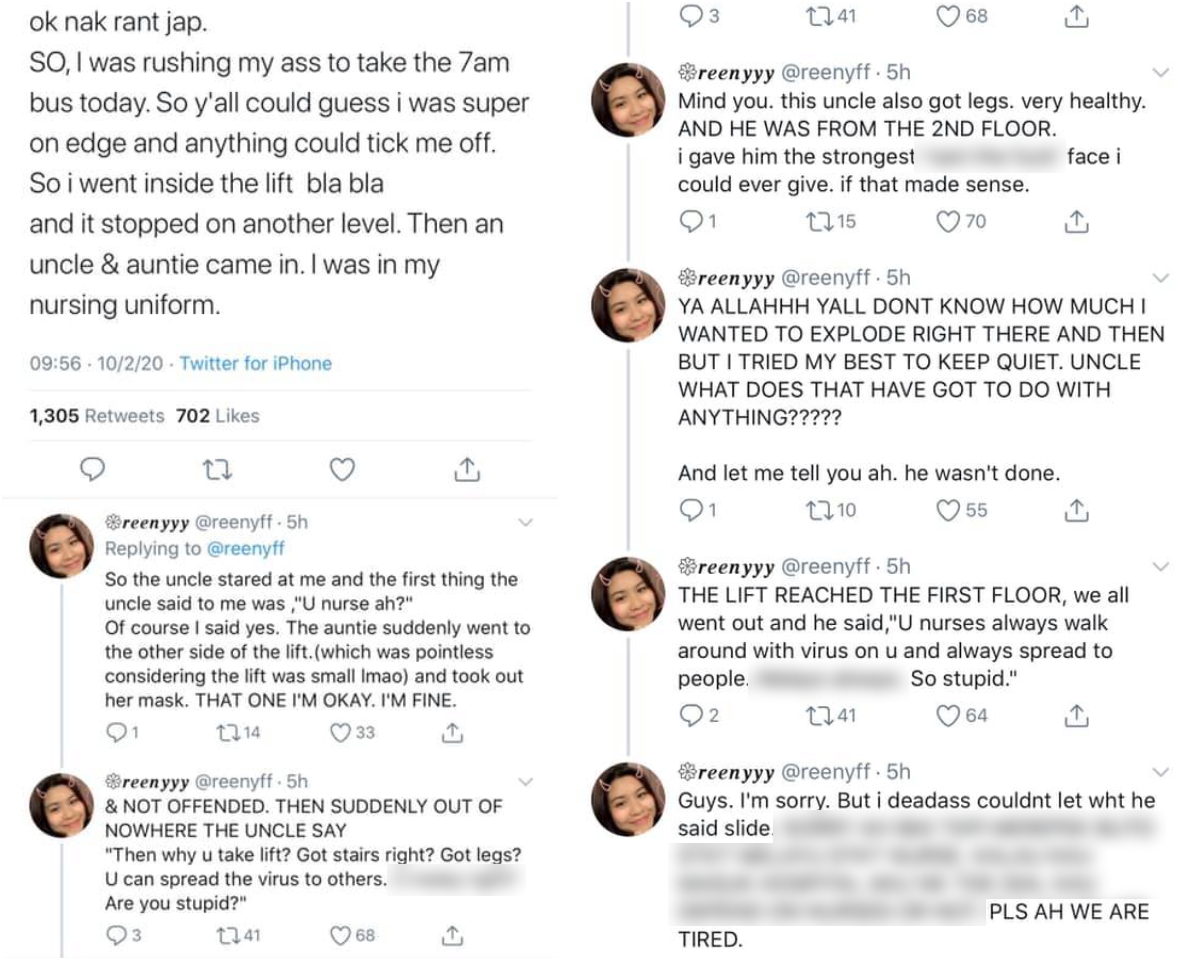 According to a nurse's anecdote on Twitter, she was openly discriminated against while taking a lift. Two residents entered the elevator and upon seeing that she was in her uniform, one of them immediately gave her a wide berth of space while hastily pulling on a mask.

The other resident, however, started demanding to know why she was taking the lift when she could be taking the stairs, believing that she was stupid for spreading the virus to others.

He even said: "You nurses always walk around with virus on you and always spread to people."

Another nurse shared how she was apparently told she shouldn't take the train.

Back then when SARS happened I remember similar incident. Dear Singaporeans, pls bare in mind we nurses and doctors are...

The latter's recount on Instagram was shared by healthcare professional Serene Wee on Facebook last Friday (Feb 7), who observed similar behaviour during the SARS epidemic in 2003.

In a bid to change mindsets, though, loving husband Yeo Yeu Ann makes an effort to hold his nurse wife's hand more when she donned her uniform, in hopes that others could see her profession as something worthy of respect and admiration.

"The least we can do is to honour and love them and find ways to support them."

So proud of my lovely wife @jesuslovescy as she goes off to work each day. Thing is, she’s noticed that ppl on the train...

For the latest updates on the coronavirus, click here.