In the end, PAP managed to win the constituency with 53.41 per cent of the votes. Perhaps it was the meme-worthy speech by DPM Heng that clinched the victory — a speech that the man himself poked fun at.

In any case, perhaps he'd be glad to know that the verbal stumble led to some good: $1,000 donated to charity.

It all started thanks to redditor u/melonmilkfordays, who created this popular meme, a jokey cue card: 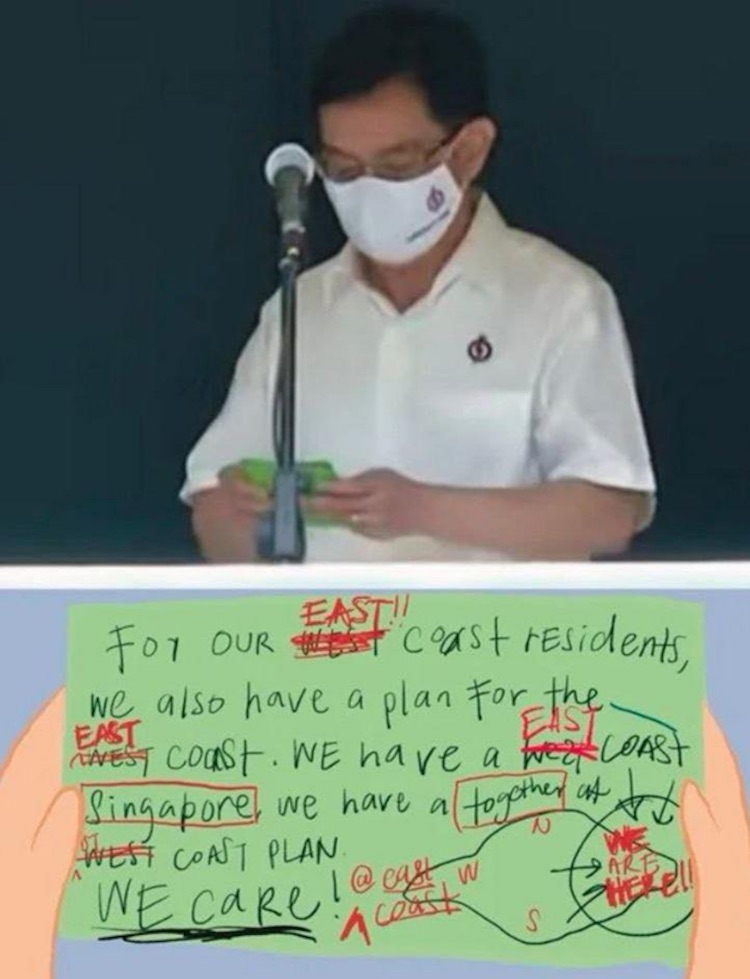 Another redditor, u/ayam, decided to flesh out the meme into an actual vinyl sticker just for fun and gave it away to other fellow redditors in the Singapore subreddit.

The redditor then put up the stickers on sale online for $2 each with the intention to donate the proceeds to Krsna’s Free Meals, a soup kitchen in Little India that caters mostly to migrant workers.

“The original creator of this artwork u/melonmilkfordays volunteers at Krsna's Free Meals, they are a lovely small kitchen run by volunteers, and many of the patrons of the kitchen just so happen to be migrant workers in the area,” wrote u/ayam on the website to purchase the stickers. 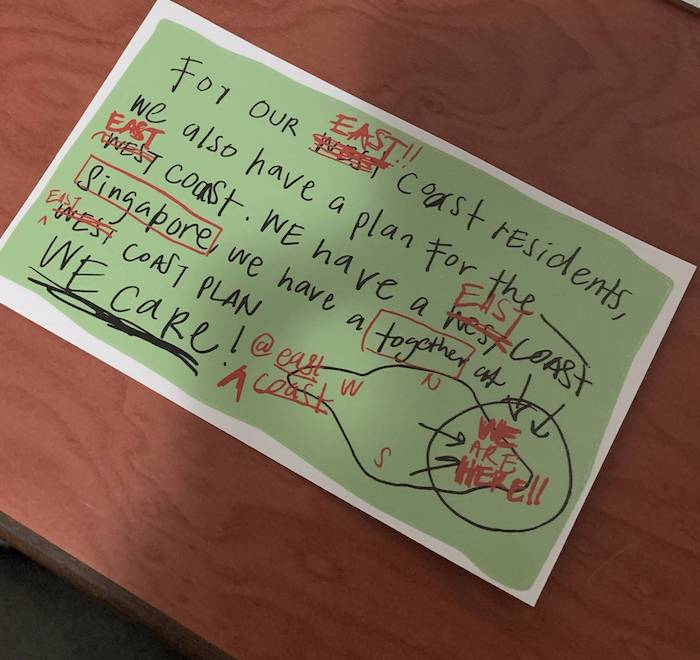 “We’re all aware how the dormitory situation played out in the recent months and I hope that this is one small thing we can do to help them as well as anyone who’s in real need of an honest good meal,” the redditor wrote, adding that it’s been fun seeing Heng’s funny speech getting turned into a doodled meme before getting turned into actual stickers that do some good for the community.

According to a new update by u/melonmilkfordays, $1,000 have been raised so far from the sales, which should warm the cockles of your heart.

The donation drive will go on until July 18. Check it out if you have "a together at East Coast plan".