Following People's Action Party (PAP) newcomer Ivan Lim's sudden withdrawal from GE2020 last night (June 27) — mere hours after he had pledged to "stay the course" — some opposition leaders have also spoken up to urge the public to lay off of him.

Unless you've been living under a rock this past week, Lim should be no stranger to you.

On June 24, the 42-year-old general manager at Keppel Offshore and Marine was unveiled as PAP's shining new candidate for Jurong GRC. 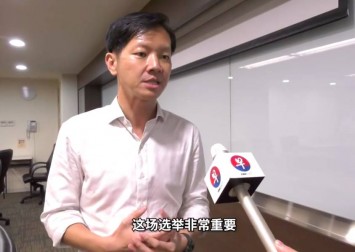 Just three days later, Lim dropped out from the race — but not before his name had been dragged through the mud amid accusations of elitism, arrogance, and more.

Before his withdrawal, an online petition calling for him to bow out of the election had even garnered over 16,000 signatures in just one day.

When asked for his thoughts on Lim at a virtual press conference today (June 28), Worker's Party chief Pritam Singh said that the issue was "an internal matter for the PAP".

He continued: "The man is not on the PAP slate anymore, so my request to my fellow Singaporeans is let's leave him alone and let's move on and let's focus on the issues in this election."

In a similar vein, Progress Singapore Party's assistant secretary-general Leong Mun Wai shared his thoughts on the saga in a Facebook post today.

Although Leong emphasised that character is "the foundation of any good system", he also discouraged the public from pursuing the matter since Lim's candidacy was withdrawn.

"By getting too personal, it will discourage people from coming forward to serve the public in the future.

"We should respect the privacy of one another because that is a basic for civil society too."

Some thoughts on Ivan Lim's Case I would like to share two thoughts: 1. Character of its key people is the foundation...

In a letter accepting Lim's withdrawal, Prime Minister Lee Hsien Loong said that ideally, there would have been a "fair and deliberate consideration" of the allegations against Lim.

"Unfortunately, the nature of the campaign is such that we do not have time for a thorough investigation.

"The allegations spread like wildfire online, eclipsing the serious life and death issues we must grapple with," PM Lee wrote.