As petition to remove Ivan Lim from GE2020 grows over 16k, some are pushing back against backlash

In it, he explained away the viral anecdotes made by netizens who claim to have had negative encounters with the new PAP candidate. No apology was issued in regards to the elitist attitude allegations, but he acknowledged that he could "always do better".

But it would appear to be that the groundswell against Lim is not slowing down. Despite the statement, an online petition urging for his dismissal from this year’s general election has garnered over 16,000 votes (and counting).

Anonymously launched on Change.org on Friday (June 26), the petition started gaining serious traction this morning amidst increased discussion about Lim’s treatment of his subordinates in national service and in Keppel Offshore and Marine, where he is a general manager. 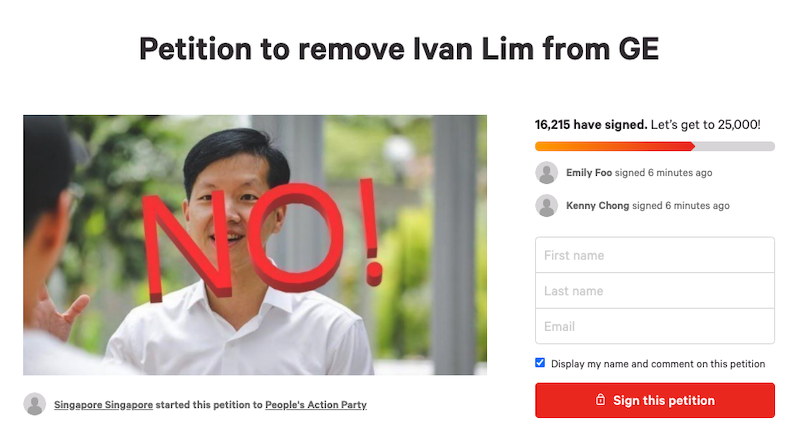 “Regardless of whether he is in PAP or any Opposition Parties, we do not want him to become a MP [sic],” wrote the petition starter, who urged people to sign if they do not want to see him voted into office.

In the comments section, signees explained why they supported the petition. Despite Lim’s statement, they noted that the candidate had some ways to go before representing constituents and the PAP in Parliament. 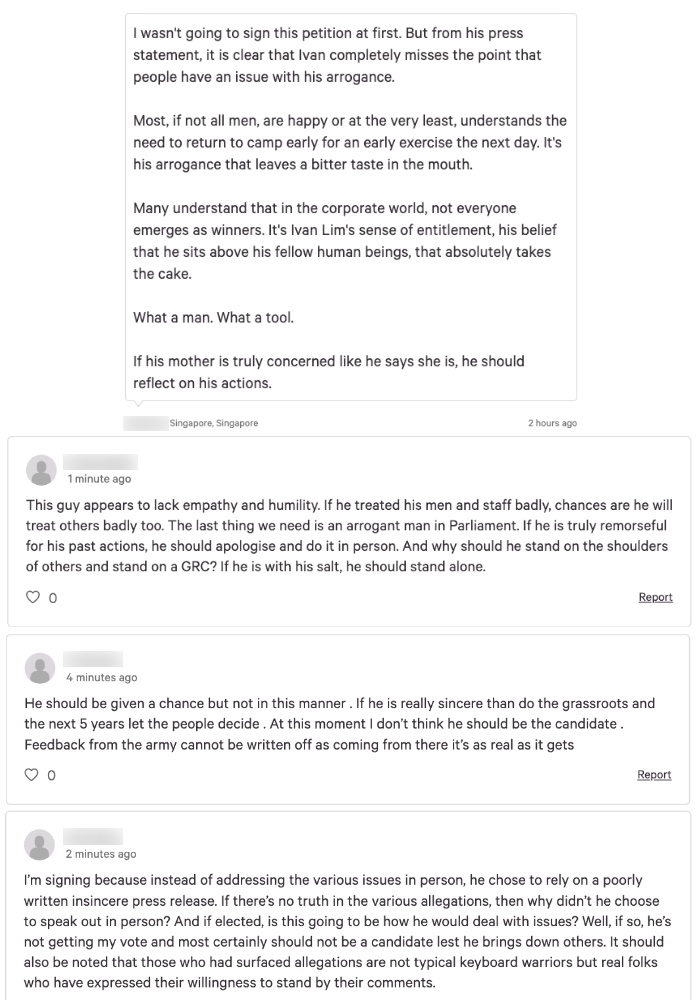 On social media, netizens reacted to the speed of which the petition had gained traction.

In defence of Lim

Though it seems like the cards are stacked against Lim before the arrival of Nomination Day, there is support for the PAP candidate online. Earlier this morning, the Gong Simi Singapore Facebook page posted a video featuring testimonials by Lim’s alleged Keppel Offshore and Marine colleagues. All three of them testified that Lim is an approachable and respectable general manager who always gets the job done.

Real testimonials from colleagues who had worked with new PAP candidate Ivan Lim.

Support arrived as well in the form of a semi-endorsement by Ho Ching. In one of her many reposts on Facebook, the PAP chief’s wife shared a meme that framed Lim as a victim of mockery without letting him prove himself in office.

Of course, Lim also has the support of his party’s senior leadership as well, including PAP Vice-Chairman Masagos Zulkifli and First Assistant Secretary-General Heng Swee Keat who have both addressed the media about Lim.

“The key is whether the individual has the heart to serve all Singaporeans,” Heng stated.