On Wednesday (July 14), local actor Shane Pow was sentenced to five weeks' jail, a fine of $6,000, and a five-year driving ban for his second drink-driving conviction.

According to CNA, the court heard that the 29-year-old was at a Korean restaurant along Amoy Street with two friends at around 7pm on Sep 17 last year.

The prosecutor said that the former Mediacorp star drank two glasses of Cass beer but stopped drinking around 8.30pm. However, he remained at the restaurant with his friends and drank water thereafter.

At around 11.20pm, he was driving home when he was stopped at a roadblock along Java Road towards Nicoll Highway. A breathalyser test was conducted and Shane was found with 49 mg of alcohol in 100 ml of breath, exceeding the limit of 35 mg.

"Only drunk to appease his friend"

For this latest offence, the prosecutor asked for at least five weeks' jail, a fine of S$6,000, and a driving ban of five years.

Dhillon said that Shane's previous conviction was seven years ago and he was "completely shell-shocked" by the arrest, police investigations, court attendances, and media coverage.

Read Also
After breaking the law, can Terence Cao and Shane Pow continue their careers like Christopher Lee? Showbiz insiders tell us 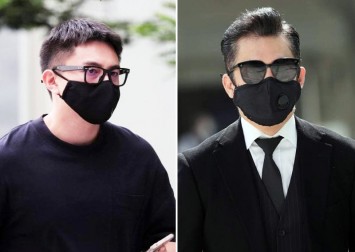 He added: "He is so dislocated and petrified that the accused will never dare to be anything less than a law-abiding citizen henceforth. This fear has sent shivers down his spine, which in itself is a grave punishment for the accused."

Shane thought his blood alcohol level had decreased since he drank a lot of water and only consumed two small bottles of beer, Dhillon said.

The lawyer added that Shane "only drunk to appease his friend as it was his birthday" as his friend insisted on sharing a drink with him.

Dhillon also said that Shane worked hard for his position in the entertainment industry and had a successful career as a young aspiring actor. However, he  was "retrenched following adverse publicity".

According to the lawyer, Shane's father works as a taxi driver while his mother is a housewife.

"His livelihood, and by extension, his parents' livelihoods, are now in jeopardy," Dhillon said.

He described the crime as a "victimless crime" as no harm or injury was caused. He also shared that Shane has been hard at work to grow Sibay Shiok, a new food business that he runs with fellow artiste Terence Cao.

For a second drink-driving conviction, he could have faced a jail term of up to two years, a fine of between $5,000 and $20,000, and a driving ban of at least five years.

Brushes with the law

In July 2014, Shane was convicted of drink driving, and was fined $1,500 and disqualified from driving for a year. 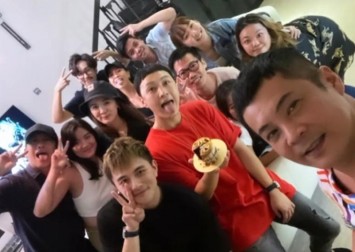 Most recently, he was fined $300 for participating in a 13-person birthday party at actor Terence Cao's home last October. Phase 2 regulations at the time allowed households to accept only up to five guests at any one time.

Mediacorp's talent management agency The Celebrity Agency cut ties with Shane after his drink driving charge made the news in April and he was removed from the drama The Heartland Hero.

He later posted an apology on his social media account, saying: "I have to be responsible for my actions and face the consequences that I deserve and accept whatever punishment that comes my way. But I will make certain that this is the last of it. It is a hard lesson, but I will better myself and come out stronger than before."

On May 31, he appeared in a sales livestream by Mdada — founded by celebrity hairstylist Addy Lee and celebs Pornsak and Michelle Chia — to sell beauty products.