With the general election underway, it's time to turn on your TV and radio to hear what the candidates contesting in your constituency have to say.

On July 2 and July 9, the following political parties will be speaking in party political broadcasts (PPB) from 8pm onwards. 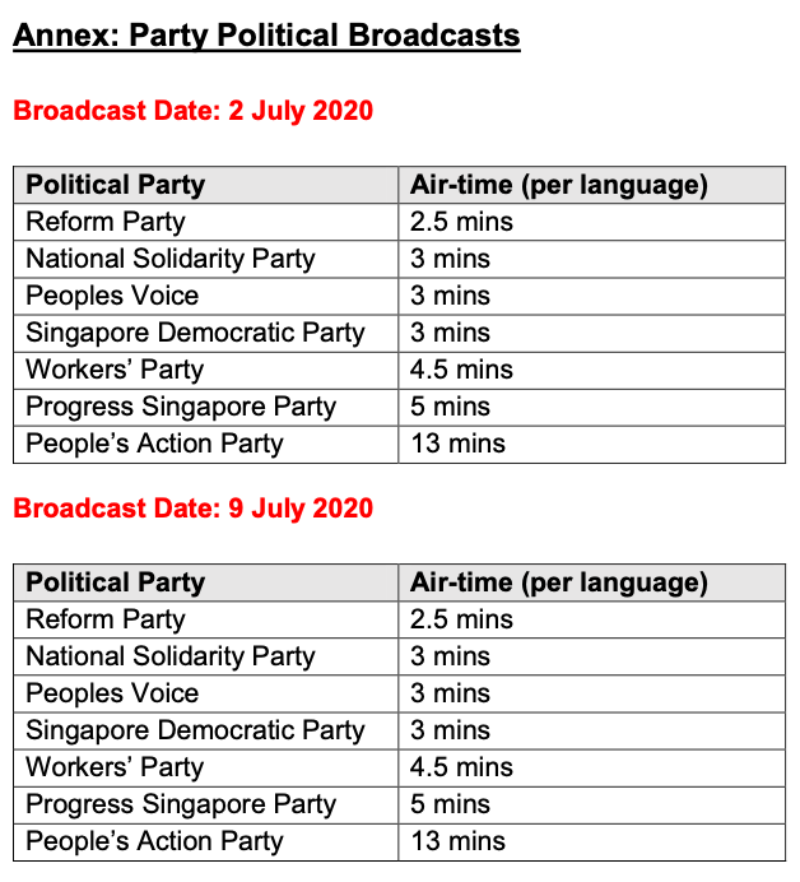 Parties that are fielding at least six candidates in the election will get airtime on free-to-air radio and television channels, explained the Infocomm Media Development Authority (IMDA) in a statement on Wednesday (July 1).

The amount of airtime allocated and the order of the broadcasts are determined by the number of candidates fielded by the party, IMDA said.

For GE 2020, the two PPBs will air across 19 TV and radio channels at the following timings: 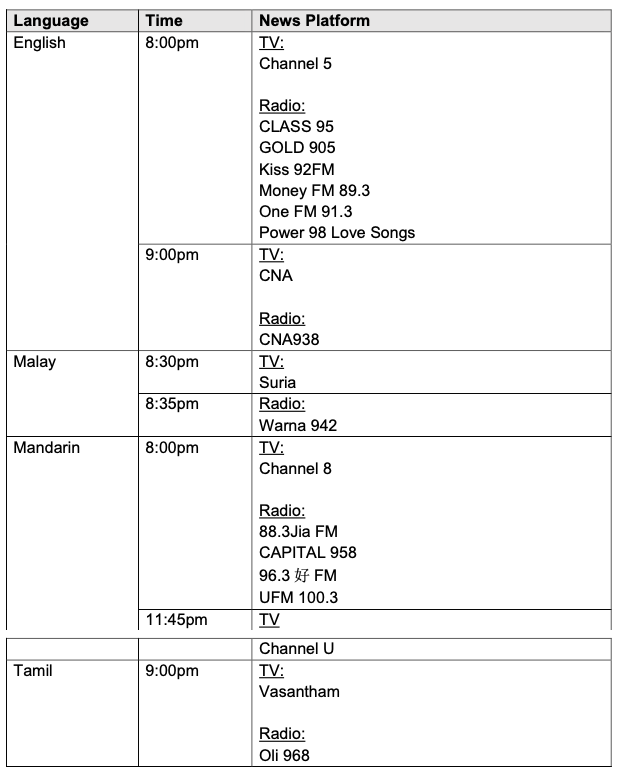 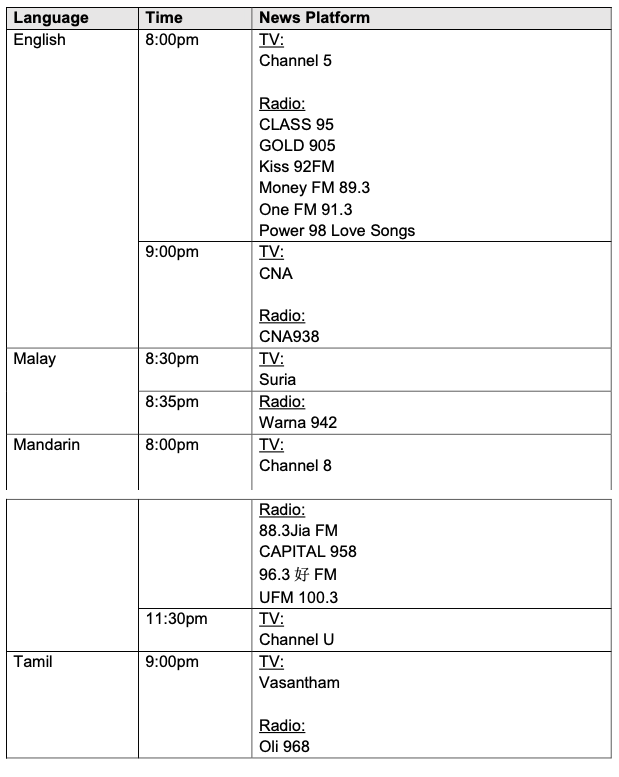 As physical rallies are not allowed due to the Covid-19 situation, the Elections Department introduced the Constituency Political Broadcasts (CPB) which will be aired on Mediacorp's Channel 5, in order to give political parties and candidates more airtime for campaigning.

In these broadcasts, each candidate contesting in a constituency will be given three minutes to reach out to voters. For a five-member group representation constituency, for example, the team will get a total of 15 minutes.

The order of the CPBs is based on the alphabetical ordering of the constituency, IMDA said. The broadcast for each constituency will begin with the incumbent, followed by other contesting parties or candidates.

CPBs will air from July 3 to July 8, 7pm, and the broadcast line-ups will be published on Mediacorp's website on each day of broadcast. 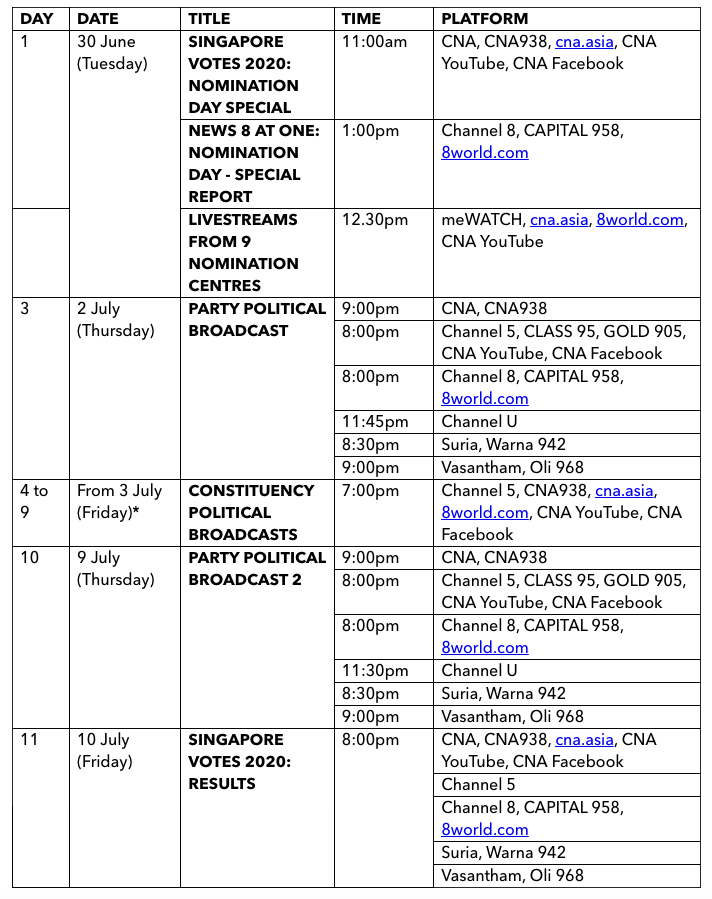