'Singapore does not need another Lee': Lee Hsien Yang on why he isn't contesting in GE2020

Though we already knew that Lee Hsien Yang was not included in Progress Singapore Party's (PSP) line-up, it was still somewhat of a letdown when it was confirmed that Lee would not be contesting in the upcoming general election.

Especially since he had told the media, "You wait and see.", when he was spotted at the coffee shop outside a nomination centre with fellow PSP members this morning.

">in a Facebook post: "I have chosen not to stand for political office because I believe Singapore does not need another Lee."

He detailed about how it would have been "the most natural thing" for him had he entered politics, but felt that "political leadership in Singapore needs to be much more than about one family or one man." 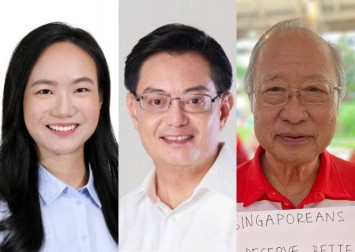 "I am interested in politics. I am involved through speaking up, by supporting candidates and parties I believe in, by contributing my time, ideas and resources to causes I support, and by seeking an open and independent media," he added.

"I do not seek power, prestige or financial rewards of political office. I hope to be a catalyst for change."

He reiterated again that he believed that the PAP had lost its way and that the country required people from different walks of life to "imagine, inspire and execute", as well as "new ideas to reinvigorate Singapore."

He also believed that the country needed leaders who would listen and are receptive to the people's voices and needs.

"Vote fearlessly. Rescue the future of the country we love. Politics is not just for politicians. It is for every citizen."

Lee had initially generated much excitement after PSP secretary-general Tan Cheng Bok publicly presented him with a membership card.

He has also been publicly embroiled in a family feud with his brother, People's Action Party's secretary-general Lee Hsien Loong, over their late father's house.