Officers from the Lanzhou Administration for Industry and Commerce in Gansu province destroy counterfeit goods in 2018.

A new online channel for consumers to report suspicions of counterfeit goods or fake shops offline was opened by China's e-commerce giant Alibaba on Tuesday, another step by the enterprise to improve protection of intellectual property.

In the past, consumers were only allowed to report fake products they found on the company's online shopping platforms, such as Taobao. "But now, thanks to the new reporting channel, they can also provide evidence of issues at real shops," said Li Xihan, who is in charge of IP protection in the enterprise.

If a consumer suspects commodities sold in a shopping mall are counterfeit or thinks they infringe IP rights, he or she can submit the evidence, including pictures and the store's location, through the reporting channel opened on Alipay, the company's mobile payment application, according to Li.

After receiving the evidence, "we'll take advantage of our technologies to do the data matching and send them to the IP owners and trademark registrants to verify whether the reported goods are counterfeit or not," he said.

The company is also closely cooperating with judicial authorities and can pass infringement incidences to them once they are verified by the trademark owners.

Successful reports or useful evidence will be identified by Alipay as consumer action for public welfare, and their credit records can be improved in this way.

The new channel also aims to encourage consumers to play a role in fighting counterfeits, "as taking a photo that can both protect their legitimate rights in consumption and contribute to safeguarding IP rights for them is just a matter of lifting a finger," Li added.

Alibaba's statistics show that the number of law enforcement departments that joined hands with it to fight counterfeits increased to 439 last year from 227 in 2018.

Due to evidence offered by the company, 4,125 people suspected of selling or making fake goods were caught last year, 2,172 more than in 2018. 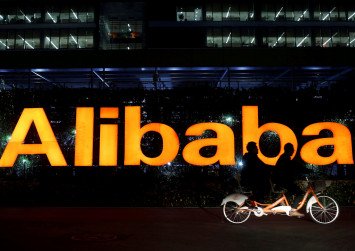 Liu Xiaochun, a specialist on internet governance from the University of Chinese Academy of Social Sciences, applauded the new reporting channel because it means the fight against fake goods has gone from online to offline.

"The anti-counterfeit job cannot only rely on one company. Instead, it needs people of all walks of life to increase efforts, especially our large number of consumers," she said. "After all, an e-commerce platform can just review goods uploaded on its own platform, but consumers can reach more areas, both online and offline."

Luo Houru, an official from the Ministry of Justice, said they have guided several internet enterprises, including Alibaba, and have worked with them to solve disputes in this digital era, such as those caused by online shopping or online privacy release.