June games roundup: Pick your own adventure or pick an RPG

June has been kind of slow month where new games are concerned but at least we have three titles here that might be worth a punt.

They also happen to be RPGs as well, so if it's a time suck that you're looking for, you might find your respite from the storm of life here.

Even after eight years of being online, ZeniMax Online Studios and Bethesda Softworks are still adding content to their popular Massively Multiplayer Online Role-Playing Game (MMORPG), The Elder Scrolls Online.

Their upcoming sixth expansion is the High Isle, a region of Tamriel that fans of the game have never explored before in the franchise.

This expansion's story will be told across three DLCs and the High Isle Chapter, which is centred around an attempt by three warring factions to negotiate an end to the conflict while The Ascendant Lord and his secret knightly order conspire to disrupt these peace talks - condemning Tamriel to endless conflict.

The High Isle will introduce two new zones to explore, namely the High Isle and another island called Amenos, as well as new companions, a brand-new 12-player trial and a new way to unwind in ESO with the strategy card game, Tales of Tribute.

A long time ago, about 18 years ago, before Disney took over the Star Wars franchise, LucasArts and Obsidian Entertainment gave us the critically acclaimed Star Wars: The Knights of the Old Republic series, which spawned two single-player games and an MMORPG, and is still going strong today.

For those who didn't get to experience the game when it was released or would just like to re-play the game on a portable device, Aspyr and LucasFilm Games will be releasing Star Wars Knights of the Old Republic II: The Sith Lords for the Nintendo Switch so you can now enjoy the game wherever you go with new HD cinematics, textures, UI and resolution. 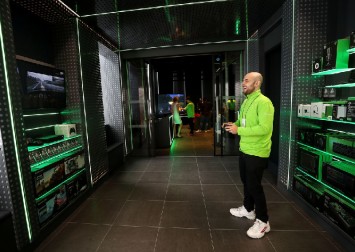 In this standalone sequel, the Sith Lords have hunted the Jedi to the edge of extinction and are on the verge of crushing the Old Republic.

You play as a lone Jedi in exile struggling to reconnect with the Force and yet have to lead a crew of allies, make difficult choices, and decide your destiny as well as the fate of the Republic.

This RPG will have you travelling across the galaxy where you will make decisions that have a significant impact on your story and your squad of allies.

This release will also come with free post-launch DLC which expands your experience even further with restored content such as new crew dialogue and interactions, a bonus mission starring the lovable assassin protocol droid HK-47, and a new revamped ending.

Square Enix and People Can Fly's looter-shooter Outriders was released in 2021 to pretty dismal feedback and reviews as it was plagued with bugs and balance issues. 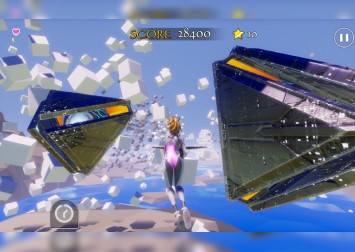 However, over the months, People Can Fly patched the game countless times and released the New Horizon's update which fixed a plethora of issues players had with the game.

This high-intensity looter shooter is actually quite enjoyable when you play it in co-op with one or two friends so if you have been taking a break from the game, by the end of June, you will have a good reason to jump back into the dangerous planet Enoch and face off against a new and extremely deadly Altered, Ereshkigal.

With this new expansion, you can begin with the original campaign or use the all-new Level 30 boost to jump straight into the Worldslayer content with a fully geared up Outrider.

There will also be a new endgame experience called the Trial of Tarya Gratar.