SoftBank-backed ride hailer Grab is in talks to merge OVO, an Indonesian digital payment firm in which it owns shares, with an Ant Financial-backed local peer to build heft and power ahead of archrival Gojek, people familiar with the matter said.

A deal would see Singapore-based Grab buy a majority interest in Ant-backed DANA from Indonesian media conglomerate Elang Mahkota Teknologi (Emtek) and merge it with OVO, they said.

It could help OVO-DANA dominate Gojek in Indonesia's multi-billion dollar online payments market. OVO and Gojek have been vying for the top spot in payments since 2018, with DANA not far behind.

Grab and Gojek are the top-two startup brands in South-East Asia, valued at US$14 billion (S$19.3 billion) and US$10 billion, respectively, according to sources. They compete in a host of areas including financial services, e-commerce, ride-hailing and food delivery. 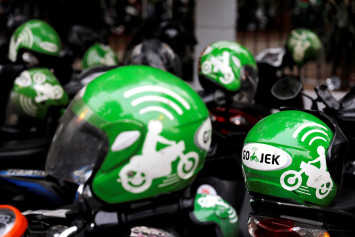 "It's part of the Grab-Gojek battle," one of the sources said.

The plan also points to intensifying competition in Indonesia's digital payments industry that is seeking to piggyback on the country's booming e-commerce market and its 260 million people.

Grab and OVO declined to comment, while DANA said it does not comment on market rumours. The people declined to be named as the talks are private and remain at an early stage.

Emtek, Ant Financial, and SoftBank did not immediately respond to requests for comment.

It was not immediately clear how much a deal would be worth. Finance Asia, citing sources, put OVO's latest valuation at US$2.9 billion. DANA's valuation could not be immediately determined.

The overall structure of the deal would need to be negotiated with the country's central bank due to foreign ownership restrictions, the sources said.

Grab's exact ownership of OVO could not be ascertained but sources said it owns a sizable stake. Emtek currently owns over 50 per cent of the company that owns DANA, which was formed in 2017 through a tie-up with Ant.

The talks for a merger follow SoftBank Group Corp's announcement in July it will invest US$2 billion in Indonesia through Grab.

"Son is in favour," the person said.

SoftBank is a key link Grab has been leveraging to expand in the region, with Grab founder Anthony Tan using the connection to convince Indonesian e-commerce firm Tokopedia, backed by SoftBank and Chinese e-commerce giant Alibaba, to take a minority stake in OVO earlier this year, the sources said. Tokopedia said it does not comment on rumours. 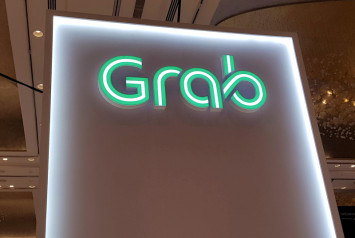 But Ant Financial, a financial services affiliate of Alibaba, has reservations about the deal due to differences over valuations and as it also wants to take a lead in digital payment expansion in the region, the sources said.

Ant also fears the deal may unsettle similar payment partnerships it has with local partners in Malaysia, Thailand and the Philippines, they said.

Companies find the Indonesian market for digital payments promising. More than half of Indonesians don't have bank accounts, and they increasingly use smartphones for transactions.

Local payment firms have attracted huge interest from foreign tech giants whose expansion drive in Indonesia has been deterred by tough licensing regulations.

OVO, also owned by Indonesian conglomerate Lippo, is the official payments partner of Grab in the country, while Gojek has backing from strategic investors such as Alphabet Inc's Google and Visa.

DANA, originally created to be embedded in the once massively popular chat app Blackberry Messenger in 2017, is one of several digital payment firms Ant has stakes in Asia including India's Paytm and Thailand's TrueMoney.