The Infinity Glove was developed by a team of NUS researchers led by Professor Lim Chwee Teck (left). With him are two members of the research team, Dr Yeo Joo Chuan (centre) and Dr Yu Longteng.

We’re long past the halcyon days of Nintendo’s Power Glove, but with the modern accessibility to virtual reality and other bleeding-edge tech concepts, developers are still trying to make glove-based video game controllers a thing.

A team of researchers from the National University of Singapore (NUS) has now officially entered the fray with an invention called the Infinity Glove. And yes, it’s totally inspired by Thanos’ weapon of mass extinction.

Headed by Professor Lim Chwee Teck, the director of the NUS Institute for Health Innovation and Technology, the project that the team has been working on for years was officially revealed earlier today (Aug 20): a wearable gaming controller glove that allows users to mimic in-game controls using hand gestures.

The most obvious application for the gloves would be in first-person shooter games, of course. Without keyboards, mice or gamepads, the user will be able to access in-game commands — pretending to pull a trigger by flexing index fingers, for instance.

The team showcased its usage in Battlefield V and a custom-made map in the Unity game engine, and the results were… intriguing. The glove-wearer was able to move around, aim and fire off some shots with wrist rotations and finger gestures, but its latency, input lag and precision remains unclear — at least, until we get to test it ourselves. 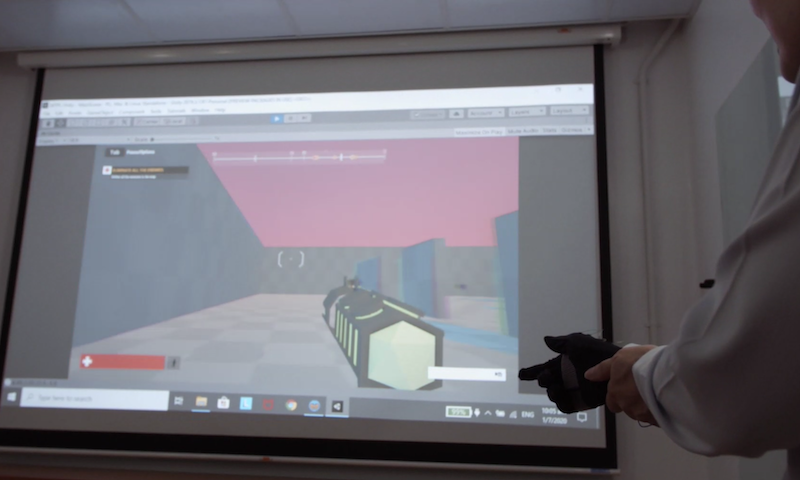 So how does it work? The NUS researchers’ key innovation here is a sensor that’s as thin as a strand of hair and mighty stretchable, filled with a liquid metal. The liquid metal conducts a small electric current and enables it to read various signals, like when the sensor is stretched or moved.

When the sensors are weaved into gloves — one for each finger — and hooked up to a software interface, it’ll produce accurate three-dimensional positions of a moving hand.

In other words, the sensors can translate the user’s hand gestures into command inputs in a video game, transmitted wirelessly via Bluetooth. The team notes that the Infinity Glove is easily customisable, so users could easily modify the gesture inputs. As an example, flicking your pinky finger could trigger your in-game character to reload a weapon. 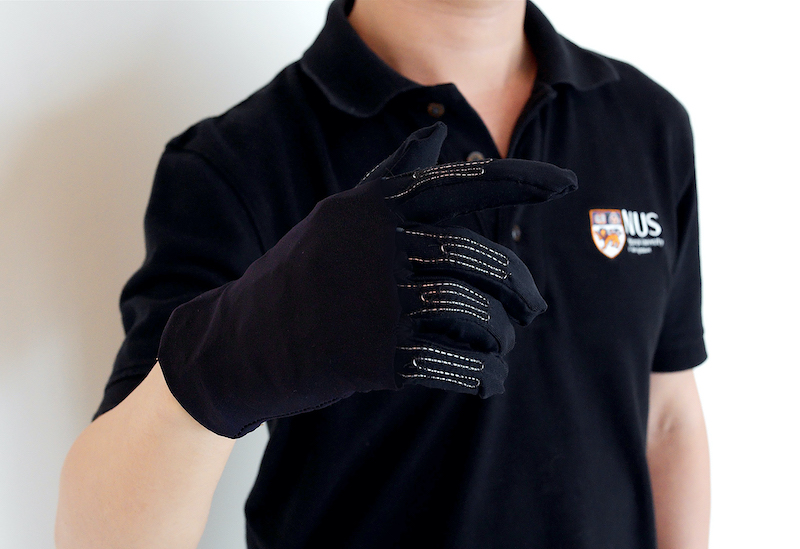 What makes the Infinity Glove different from all the other existing gaming controller gloves is its comfortability, Professor Lim told AsiaOne.

Unlike the bulky, thick equivalents in the market, their take on it is lightweight at 40 grams and extra flexible thanks to the ultra-thin sensors weaved into the glove. The glove itself is made out of a soft stretchable and breathable fabric.

Fatigue won’t be much of an issue, says Dr Yeo Joo Chuan, who assured that users won’t need to keep holding their gloved hands up in the air all the time while playing. The sensor will still track movements no matter where the hand is placed, and the input precision won’t be compromised.

“We envision that gesture-based control using our lightweight smartgloves can bring us one step closer to a truly immersive interface between humans and machines,” enthused Professor Lim. 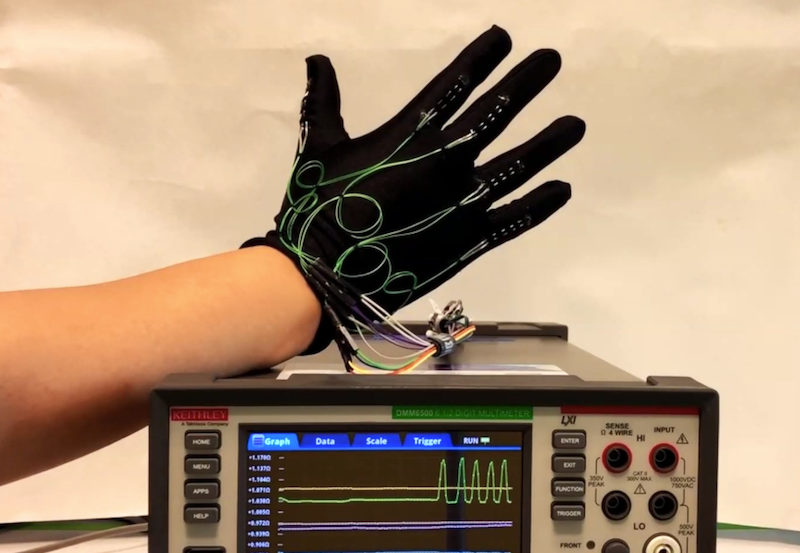 As for the gaming glove’s practical usability, the team says that it will have an eight-hour battery life and can be recharged via micro-USB, though that may change. Gamers would know how sweaty their palms get during tense multiplayer matches (damn you, Fall Guys), and Professor Lim guarantees that the Infinity Glove can be safely tossed into the washing machine as the sensors will be well-sealed.

Already, the team has founded a start-up called Microtube Technologies, which will help commercialise the glove’s capabilities in video games, virtual reality and even robotics. Plans to mass-produce the Infinity Glove are in place and the team estimates that we could see it being sold in stores in a year’s time.

In terms of pricing, it could cost between $200 and $300, Professor Lim estimated, but that all depends on how things go during the manufacturing process.