Man who molested stepdaughter and stepson gets jail and cane

SINGAPORE - He would creep up to his 12-year-old stepdaughter while she was asleep and perform sexual acts on her.

He did this on several occasions even though there were other family members around and was eventually arrested when the girl's biological father reported him to the police.

On Tuesday (Jan 18), the stepfather, 47, pleaded guilty to two charges of molestation.

Another two similar charges - for offences that include molesting his stepson - were taken into consideration in his sentencing.

The Singaporean, who was jailed for 42 months with six strokes of the cane, cannot be named owing to a gag order to protect the child's identity.

Court documents stated that the man was unemployed then and was married to the girl's mother since 2016. They lived with five children in a two-room flat comprising a bedroom and a living room.

"At night, the children would take turns to sleep either on the couch, the three mattresses in the living room or the bed in the bedroom," she said.

The girl was asleep next to another child in the bedroom on the morning of Sept 12, 2019, when her stepfather entered the room.

He moved in and performed a sexual act on his stepdaughter. She soon woke up and saw the man, who left the bedroom.

The girl felt disturbed and texted her biological father, 40, about what her stepfather did and later told her mother, 35, about the incident.

Her stepfather molested her again less than a month later, on Oct 1 at 1am, when the girl was sleeping on a mattress in the living room, next to some of the other children  and her mother.

The girl woke up when she felt the man touch her and saw him standing near her leg. She scratched her hands to signal to her stepfather that she was awake, hoping he would go away, said DPP Koh.

He stood there for around five minutes and left. But he soon returned and touched her again, prompting her to scream, which woke her mother up. 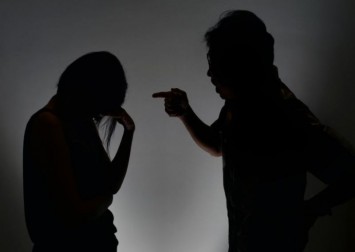 Later that night, the stepfather admitted to his wife that he molested the girl. The next day, the biological father reported to the police that his daughter was molested by her stepfather.

Investigations revealed that the man had also outraged the modesty of his stepson, who was nine at the time. This offence was taken into consideration during sentencing.

In her submissions, DPP Koh said: "Being the victim's stepfather, (he) clearly abused the trust that had been reposed in him as a father figure."

She added: "(The man) had exploited the victim's vulnerability by sexually abusing her while she was asleep and thereby in a defenceless state."

For molesting someone below 14 years of age, the stepfather could have faced a maximum punishment of five years' jail with a fine and caning.