TraceTogether app should be mandatory for all: Experts

Developed in collaboration with the Health Ministry, the TraceTogether mobile app works by exchanging short-distance Bluetooth signals between phones.

With Singapore's TraceTogether mobile app downloaded by about only 17 per cent of the population since its launch in March, experts are calling for it to be made compulsory.

The app was designed as a contact tracing tool to curb the spread of the coronavirus. It uses Bluetooth signals between phones to detect other TraceTogether users in close proximity.

Dr Chia Shi-Lu, chairman of the Government Parliamentary Committee for Health, said yesterday that the app should be made mandatory for all residents to ease contact tracing efforts, which tends to be labour-intensive and time-consuming.

He told The New Paper: "Contact tracing is one of the most important pillars to manage any outbreak, and leveraging on technology can make things easier.

"But the voluntary uptakes have so far been disappointing."

When asked for suggestions on how to improve the take-up rate, Dr Chia said: "The authorities can look into making the download automatic in smartphones, where people can have an opt-out."

"At the least, all essential workers must download the app and see it as significant as wearing a mask when they step out of their homes," he said.

Widespread use of the app can keep individuals and the authorities informed in case they have crossed paths with an infected person, Dr Leong added.

"If the app finds one such person who crossed paths with an infected person, the authorities can locate and quarantine him straight away to stop further transmission."

National Development Minister Lawrence Wong, who co-chairs the Covid-19 multi-ministry task force, said last month the app is especially useful in cases where infected people do not know everyone whom they had been in close proximity with for an extended duration.

Though the one million-plus downloads so far are a record for a government app, he said at least 75 per cent of the population needs to use TraceTogether for it to be effective.

But there are concerns over data privacy as the app collects the mobile numbers of users and stores them centrally for contact tracing.

It was for this reason that market analyst Jon Fong, 26, is disinclined to download the app.

He told TNP: "I am quite ambivalent about the app and have no desire to have my whereabouts tracked.

"Even in circuit breaker mode, people still want to have a certain level of freedom."

Housewife Jolene Teo, 58, who downloaded the app in late March, said she initially hesitated out of privacy concerns too but felt compelled to do so after reports of an increasing number of unlinked cases in the community.

"I turn my Bluetooth on whenever I go out, except when I go for a jog about three times a week as I prefer to be hands-free," she said. 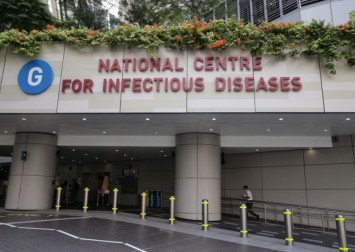 Another user, housewife Josephine Yeo, 57, also called for it to be made mandatory but felt there has not been enough promotion of TraceTogether.

"I am not surprised that not many people know about the app.

"The Government has been aggressive in reminding us to wash our hands, to maintain social distancing, and I think more attention should be given to the app too," she said.

Dr Leong, who likens the app to a digital handshake, said it is not a location tracker but instead uses Bluetooth to remember the people whom one were in close proximity with.

He said: "Many individuals call this a loss of civil liberties, but this is nothing to what Taiwan and South Korea did, where they tracked each phone's locations and tracked everyone.

"It is like shaking hands with people. You may remember who you shook hands with but not where and when exactly."

On TraceTogether's website, its developers say the app does not collect any location data and, with consent, it exchanges Bluetooth signals with nearby phones running the same app.

In an online discussion on how Singapore and New York are battling Covid-19 last Friday, Law and Home Affairs Minister K. Shanmugam said: "There are individual rights of privacy, but if you don't take care and cannot actively contact trace... you are putting other people at risk...

"If you weigh all of this, I think it comes down on the side of contact tracing, probably with the kind of app that resides in your phone."