The top six teams will progress to national qualifiers in early Sep, with two invited pro teams per country. Each country's top representative will then meet in Jakarta, Indonesia, for the grand finals on Nov 1-3.

On top of the sweet prizes, the champion will get an all-expense paid trip to "watch a top CS:GO tournament in Europe 2020." That sounds like a great networking opportunity for anyone serious about getting into esports!

HP states they picked Jakarta for its vibrant esports scene, though the successful esports showcase during the 2018 Asian Games tournaments helped put the country on the map too.

That might sound like too much of a commitment for tertiary students. In that case, HP are debuting a US$3,000 Campus Legends tournament to universities in five SEA countries. 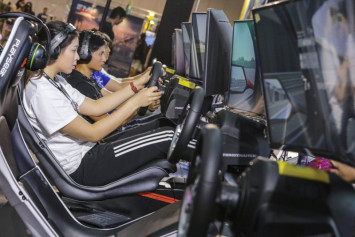 Featuring Dota 2, online qualifiers will be played weekly starting from Oct. To determine the champion, the top two teams from each country will face off in the grand finals held online in Dec.

Don't confuse this with the Singapore-only Campus Legends, which HP OMEN also sponsors. That's organised by SCOGA and their Esports Academy, with a series of workshops and masterclasses available to the public.

Registration details for the regional Campus Legends aren't available yet.

Either way, don't be surprised if you hear or see more about esports on MTV. The channel is partnering with HP OMEN to give the whole campaign some added reach, bolstering both companies' reputations for lifestyle gaming.

We've already seen MTV get their foot in with last year's Hyperplay, and chances are we'll be seeing more activity from them in Asia.

In other words: it's business as usual in the busy, busy world of esports.