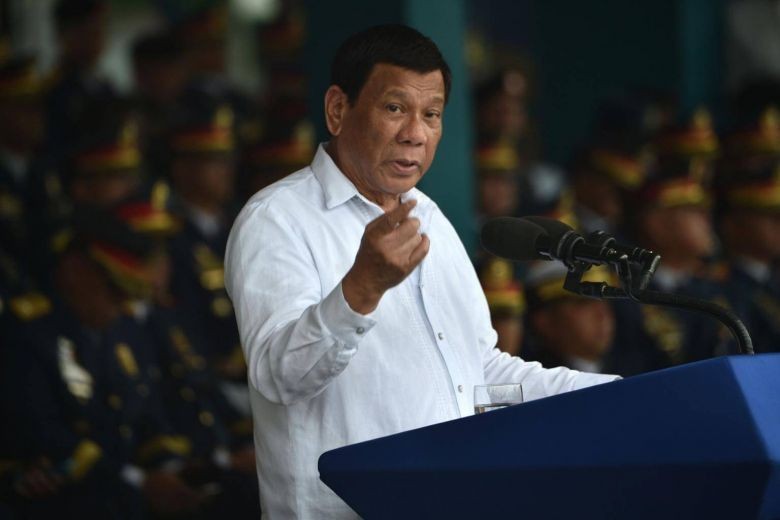 MANILA - President Rodrigo Duterte has said graft and illicit drugs were so entrenched in the Philippines that if he were not around, it would be better off run by a dictator such as late strongman Ferdinand Marcos.

In a speech on Thursday (Aug 30), Mr Duterte reiterated that he wanted to quit before his term ends in 2022, but was reluctant to hand power to Ms Leni Robredo, the Vice-President who was elected separately and was not his running mate.

Ms Robredo has been a critic of the President's deadly war on drugs. Mr Duterte said there would be disorder if his crackdown was halted, and the Philippines could do with an authoritarian at the helm.

"You're better off choosing a dictator of the likes of Marcos, that's what I suggested," Mr Duterte said. "Constitutional succession, it's Robredo. But she cannot hack it."

Mr Duterte's expressed admiration for the much-vilified Marcos has been controversial, with many Filipinos still tormented by his brutal two-decade rule, which ended in his overthrow in a popular, army-backed uprising in 1986.

Thousands of people were arrested, killed, tortured or disappeared under martial law in the 1970s.

Many survivors are reminded of that by the political influence wielded by the Marcos family, with widow Imelda a congresswoman, his son and namesake a former senator who lost to Ms Robredo in the 2016 vice-presidential election, and daughter Imee a provincial governor.

Ms Imee Marcos, 62, is expected to run for the senate next year, and attends or speaks at many of Mr Duterte's public events around the country, despite having no role in his administration.

She caused outrage last week when she said it was time for older Filipinos to "move on" from the martial law years, like younger ones had.

The mercurial Duterte, 73, has been talking more often about retiring, due to exasperation about corruption and narcotics. Rumours have spread that he is in declining health, which he dismissed on Thursday as "fake news".

In the same speech, he said that amid turmoil in the Catholic church worldwide, he wanted to create an "opening" at home for victims to reveal abuse by priests, which he personally had experienced.

He again joked about rape, despite repeated rebukes from women's groups at home and abroad.

Commenting on police data showing his home city, Davao, had the country's highest number of rape cases, Mr Duterte said there would be more when there were "many beautiful women".