The logo of internet technology company Netease is seen at the China Digital Entertainment Expo and Conference, also known as ChinaJoy, in Shanghai, China, July 30, 2021.

Blizzard Entertainment and NetEase caused dismay among thousands of gamers on Thursday (Nov 17) by saying hits such as World of Warcraft will not be available in China from next year as a 14-year partnership ended.

NetEase shares closed nine per cent lower in Hong Kong after Blizzard said it was unable to reach a deal with the Hangzhou-based company that was consistent with the California-based firm's "operating principles and commitments to players and employees".

Blizzard's announcement, which gave no further detail, was the top trending topic on China's Weibo platform with more than 100 million views as users expressed shock and sadness. Many said they had played its games for more than a decade.

"My youth was heavily marked by playing Hearthstone," said one, while another lamented: "I'm so sad. I started playing Blizzard games from 2008... how do I say goodbye?"

Blizzard said new sales would be suspended in the coming days and players would receive further details.

The games to be suspended by midnight on Jan 24 include World of Warcraft, Hearthstone, Warcraft III: Reforged, Overwatch, the StarCraft series, Diablo III, and Heroes of the Storm, Blizzard said. 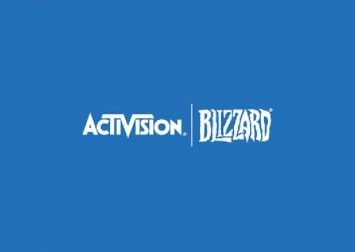 NetEase rose to become China's second-biggest gaming company behind Tencent Holdings in large part due to the deals it clinched in 2008 to be Blizzard's publishing partner in China, when Blizzard ended its deal with The9 Ltd.

NetEase later issued a statement in Chinese saying it was sorry to see Blizzard's disclosure, while confirming that the two firms were unable to agree on key terms of cooperation.

In a statement in English, NetEase said that ending the licence agreements, which are set to expire on Jan 23, would have no "material impact" on its results.

"We will continue our promise to serve our players well until the last minute. We will make sure our players' data and assets are well protected in all of our games," NetEase CEO William Ding said in a statement.

NetEase said the recently published Diablo Immortal, co-developed by NetEase and Blizzard, is covered by a separate long-term agreement, allowing its service to continue in China.

It said Blizzard's games contributed a low-single-digit percentage to its total net revenue and net income in 2021 and the first nine months of 2022.

In a research report on Nov 9, Daiwa Capital Markets estimated that the absence of Blizzard games could lower NetEase's revenue by six to eight per cent next year.