Remember when World Health Organisation declared video games as Public Enemy No. 1 back in 2019 by recognising gaming disorder as a mental illness?

How times have changed just one year later, after the same folks also famously started a movement earlier this year to encourage folks stuck at home due to the Covid-19 pandemic to play more video games.

As it turns out, gaming continues to be the hero we needed but didn’t deserve during a still-tumultuous 2020 at the time of writing.

A recent study by National Literacy Trust in the UK showed that playing video games have directly impacted the reading habits of young people while under quarantine, as well as improving their overall mental well-being.

Part of the survey was conducted between May to early June 2020 for participants aged 11 – 18 years of age, as well as their parents. The study found that 4 in 5 (79 per cent) of participants who play video games “read materials relating to video games once a month”.

This material includes the likes of reviews, blog updates, books, fan fiction, and in-game communications all directly related to the game they play.

But it doesn’t stop there. 3 in 5 (63 per cent) young people who play video games also found inspired to create their own content relating to video games, including making their own game-related scripts, guides to aid other players, fan fiction, and reviews.

Interestingly, this creative aspect extends beyond just written content, and can manifest in various forms in games themselves.

This includes (but not solely limited to) creating your own haikus in Sucker Punch’s Ghost of Tsushima, making music via the guitar mini game in The Last of Us Part II, to simply creating your own sandbox in the likes of Minecraft, LittleBigPlanet, and Animal Crossing: New Horizons.

Furthermore, the research also revealed that playing video games has the potential for increasing empathy among young people, as well as boosting their mental health.

3 in 5 (60 per cent) parents of young people believe that simply discussing primarily about video games “had been helpful for their child’s mental well-being” while in quarantine. 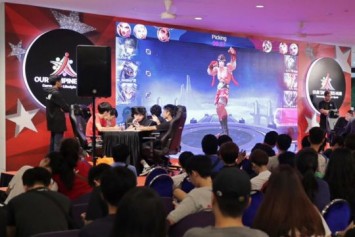 2 in 3 (65 per cent) of young people believe that playing video games “helps them imagine being someone else” in the sense that they are able to put themselves in the shoes of others.

This ties in somewhat to the 2011 indie game This War of Mine being inculcated into the high school education system in Poland due to how it helps simulate trauma and PTSD by letting players go through what people in wartime and postwar go through.

Though the study was conducted only in the UK, it does serve as a microcosm of just how beneficial playing video games can be, especially during this period.

Even though it took a pandemic for the rest of the mainstream world to acknowledge it, we believe gaming has always been a guiding light for many young folks even before 2020, and from the looks of it, will continue to do so even after the pandemic is over.