Today is World Privacy Day and Apple is marking the occasion with a special report detailing how websites, apps, and services track your activities online.

The report shows how simple activities that you don't think twice about like playing games and using filters on photo apps can compromise your privacy.

Apple has always been a strong advocate for privacy. Back in 2010, Steve Jobs spoke about it at the All Things D conference saying:

I believe people are smart and some people want to share more data than other people do. Ask them. Ask them every time. Make them tell you to stop asking them if they get tired of your asking them. Let them know precisely what you’re going to do with their data.

Recently, Apple made Privacy Labels mandatory for all of its apps on the Mac and iOS App Store. 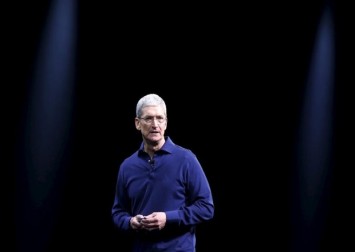 This means developers have to disclose what kind of data the app collects and has access to, and what they will do with it.

While the move has been met with by applause from privacy advocates and consumers, some are not so pleased.

Facebook CEO Mark Zuckerberg, whose company's primary business is to track its users and then serve them ads, most recently said that Apple's moves are anti-competitive and self-serving.

Apple, for its part, has insisted that it is standing up for its users and said that its privacy policies are guided by four principles:

As part of World Privacy Day, Apple CEO Tim Cook will also be giving an address at the Computers, Privacy and Data Protection conference in Brussels on Friday, Jan 29,  2021, 12:15am SGT . You can watch the conference live here .

As for the report, you can read it in full here .