SAMARA, Russia - An octopus who successfully predicted all of Japan's World Cup group stage matches has been killed and turned into sashimi, according to local media reports.

The mollusc, named Rabio, chose the winners of Japan's matches during an experiment in a paddling pool.

Despite gaining national attention for its success, however, the fisherman who caught Rabio, Kimio Abe, sent him to market before Japan's third match against Poland.

The giant Pacific octopus had successfully predicted Japan would lose that match but he was unfortunately not around to see his prophecy come true.

Abe added that another octopus will be used to predict future matches at Russia 2018.

"I'm glad all the forecasts turned out correct and Japan moved on to the knockout stage," Abe told the Mainichi Shimbun newspaper before Japan's loss to Belgium in the last 16. 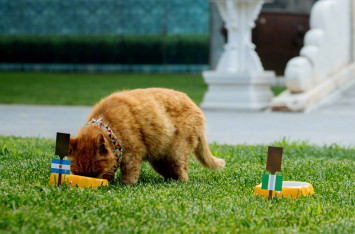 "I hope Rabio's successor will accurately tip the results of all games."

Rabio is not the first oracle octopus to predict World Cup matches.