'Right to disconnect' from work should be considered, says MP Melvin Yong

Working from home has become a new norm for many in Singapore since the circuit breaker began in April as the country combats the Covid-19 pandemic.

However, months of working from home have taken a toll on some employees, with growing concern about their mental health.

In his speech, he cited a recent survey that found those working from home who were feeling more stressed as compared to frontline workers. 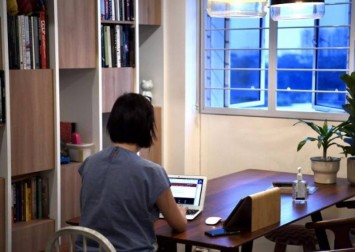 "I hope that the Government could expand the list of occupational diseases under the Work Injury Compensation Act, to include mental health illnesses related to work stress," Yong said.

"I also hope that the Tripartite Advisory on Mental Health can be expedited so that those who are currently struggling with mental health issues related to work can get the necessary support that they need."

In April, a psychologist at the Institute of Mental Health shared how some of her patients were clocking in longer hours at work than before, as they struggled to draw the line between work and home.

Overworking, as well as isolation, added to the stress and anxiety that they were facing while working from home, she said.

In Singapore, some employees reported that their superiors at work expected them to be on-call around the clock, even on weekends and public holidays since they were stuck at home during the pandemic. This led to an increase in their workloads.

As more people are now working from home, the MP urged the Government to consider a "right to disconnect" legislation, which allows employees to negotiate with their employers on answering work calls and emails outside of office hours.

France pioneered the law in 2017, aimed to address the problems caused by an "always-on" work culture. The overuse of digital devices in modern workplaces is also linked to issues such as burnout, sleeplessness and relationship problems.

"Having a dedicated break can certainly help to reduce employee fatigue and burnout," Yong said.

ALSO READ: Sharon Au kena complained by colleagues in France for being 'Singaporean'