Wireless charging: Should you ditch your regular charger and switch to wireless?

Wireless technology is the new buzz these days. With products from speakers to kitchen appliances featuring wireless tech, the future definitely looks to become wire free. But whilst many of such technologies have been readily adopted by the masses (i.e. wireless earbuds), some struggle to gain a footing.

Are you ready to switch to wireless charging?

Wireless charging for mobile phones have existed for the past 6 years, yet the uptake on the technology is crawling. This is largely due to the lack of improvement wireless charging can provide over a normal wired charger. When one thinks of wireless charging, the image is of you being able to walk around freely with your phone in hand within an area while it charges. Yet, the current state of wireless charging still requires the phone to be leashed to the charging pad, negating the purpose it sought to bring.

Current mobile phones are also increasingly power hungry. With a wired charger, you are able to have fast charging, rapidly refuelling your phone in minutes. So when wireless charging was unable to keep up with the charge speed of wired chargers, many ignored the technology. Even with the best wireless charging pads, you will still get a 30 to 50 per cent slower charge compared to a wired USB charger.

SHOULD YOU BUY IT NOW?

Probably not. Apart from the points we have made above, wireless charging is still in its infancy stage.

The general lack of improvement over wired charging makes it difficult for us to recommend it. Not only is the charging speed significantly lower, but most wireless chargers also come at a higher price tag compared to wired.

Adding to that, you would need a compatible device. Wireless charging only works with certain phones, newer phones may not necessarily have wireless charging enabled (e.g. Google Pixel 3A). This creates a minor division between phones and restricts the shareability of wireless chargers. Unlike wired chargers where you could just swap out the cable and fit it to any phone, a wireless charger may not work with your friend's phone.

However, if you are an early adopter of technology and want to see what the buzz is about, it is still a decent tool to have. Most wireless chargers come with an additional niche feature like the IKEA Riggad LED Work Lamp with Wireless Charging.

You are also eliminating the need for charging cables, something commonly misplaced. And you can be sure it will generate a lot of attention when you pull it out of your bag in Starbucks.

If you are keen on trying this new technology now, here are some of our recommendations. 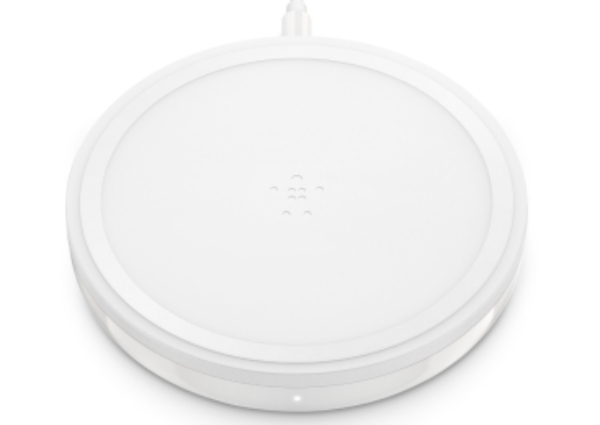 Small (less than 5 inches/10cm across), light and powerful. The Belkin Boost Up is one of the newer additions to the wireless charging group. Supporting all ranges of Qi-enabled devices, the Belkin Boost Up has a single chip within the device to charge your phone at its optimal speed. Fret not about your phone or battery overheating as the pad comes with a thermal sensor to regulate heat. 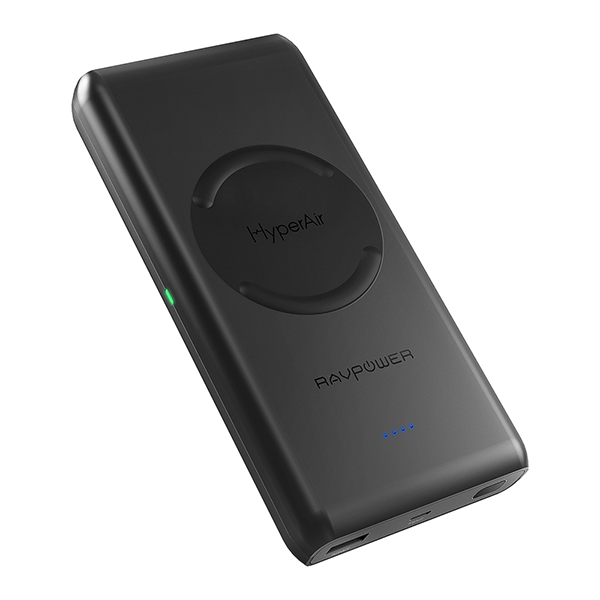 If you are someone who constantly uses their phone and need a power bank in the middle of the day, the RAVPower Wireless Charger Power Bank is a great tool. It allows for both wireless and wired charging and holds up to 10400mAh, ensuring your phone stays juiced up the whole day. Use the cable when you are unable to wirelessly charge, and put it on the pad when you are working at a table! 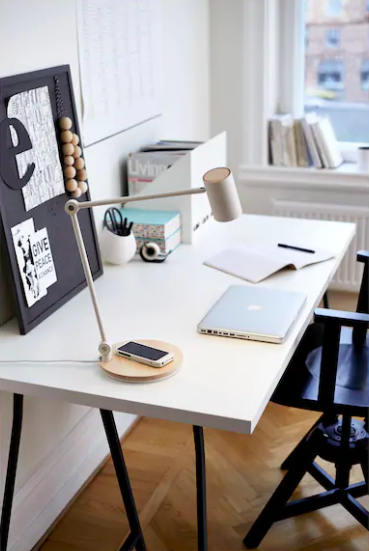 One of the neatest looking products to appear in the wireless charging category, the IKEA Riggad LED Work Lamp comes with a wireless charging base for dual functionality. Not only does it free up space on your table, you no longer have to worry about losing your charger! If you want to show how tech-savvy you are to your colleagues and bosses, this is a great product to get.